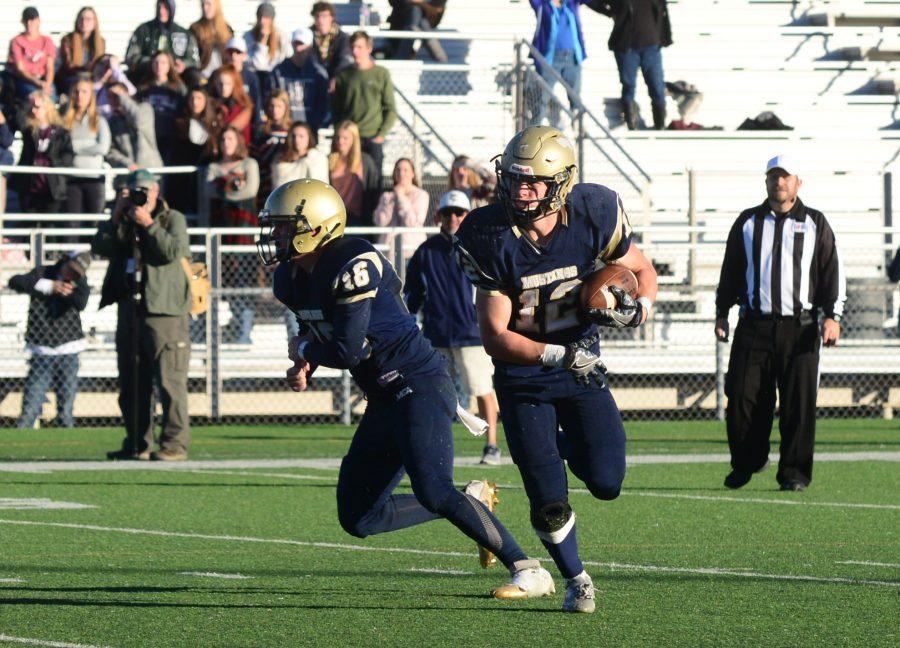 Senior running back, Quinn Revere, rushes against Trinity Christian Willow Park in the 2nd round of playoffs.

The Mustangs football team made history this season. The team was led by a strong core of seniors who have been playing together since the 3rd grade including, Jackson Brock, Hayden Foote, Luke Harrell, Braxton Fillebrown, Quinn Revere, and Jess Williams. Not only did the team accomplish feats such as MCA’s first ever district championship, and defeating a longtime rival First Baptist Academy, for the first time ever, but the Mustangs did this with a team plagued with injuries. The Mustangs faced a tough non-district schedule before going undefeated in district. They faced the reigning state champs Trinity Christian Cedar Hill, who moved up a division, as well as Muenster High, a 3A public school. In the Mustangs final game of the 2016 season, they faced off against the Trinity Christian-Willow Park Warriors. The Mustangs took an early lead with explosive offensive performances by senior receiver Quinn Revere and sophomore Levi Miller, and ended the half leading 22-14. However, Willow Park’s triple option proved deadly, controlling the clock and outscoring the Mustangs 11-0 in the second half. With a final score of 22-25, the Mustang season came to an end. Senior Jess Williams commented on his final season saying “Even though the season did not end the way we wanted, I was still impressed with the toughness and perseverance of our squad.” The 2016 season was a season of firsts for the Mustangs and raised the bar for future teams.