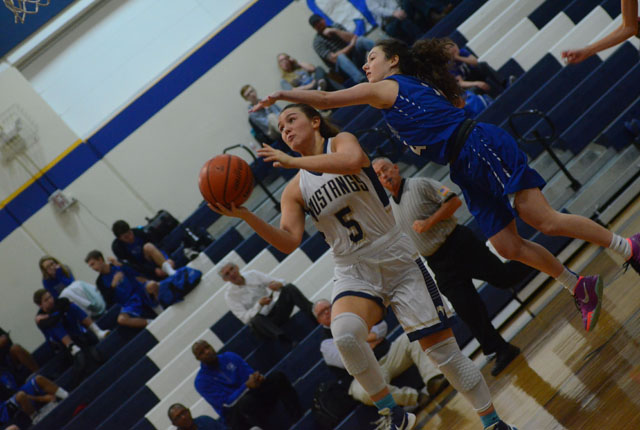 This week, MCA Girls Basketball would like to nominate Co-Players of the Week, that is Senior Mikayla Kuehne and Junior Marissa Wilks. Mikayla averaged 19 points nine rebounds and three assists per game in the recent MCA Round ball Round Up. Marissa averaged 14 points, eight rebounds and three blocks per game as the Mustangs took second place. For the third straight tournament in 2016; at S & S, at Anna Highway Five, and at the Round Up Mikayla and Marissa were both named to the All-Tourney Team. Junior Teammate Althea Wolfe says, “I think that Marissa and Mikayla were chosen as co-athletes of the week, because of their amazing work ethic, skill, and desire to see others succeed. Without them, both our team and the school would be very different.” Marissa and Mikayla both honor God, on and off the court. Senior teammate Lexi Vance says, “Marissa is one of the most dedicated players I’ve ever seen. She plays with such passion and always encourages everyone on and off the court. Mikayla is unstoppable on the court. She is vital to our team and is a great leader for all the younger players.” Both girls have a passion for the sport and their coaches look forward to great things this upcoming season.