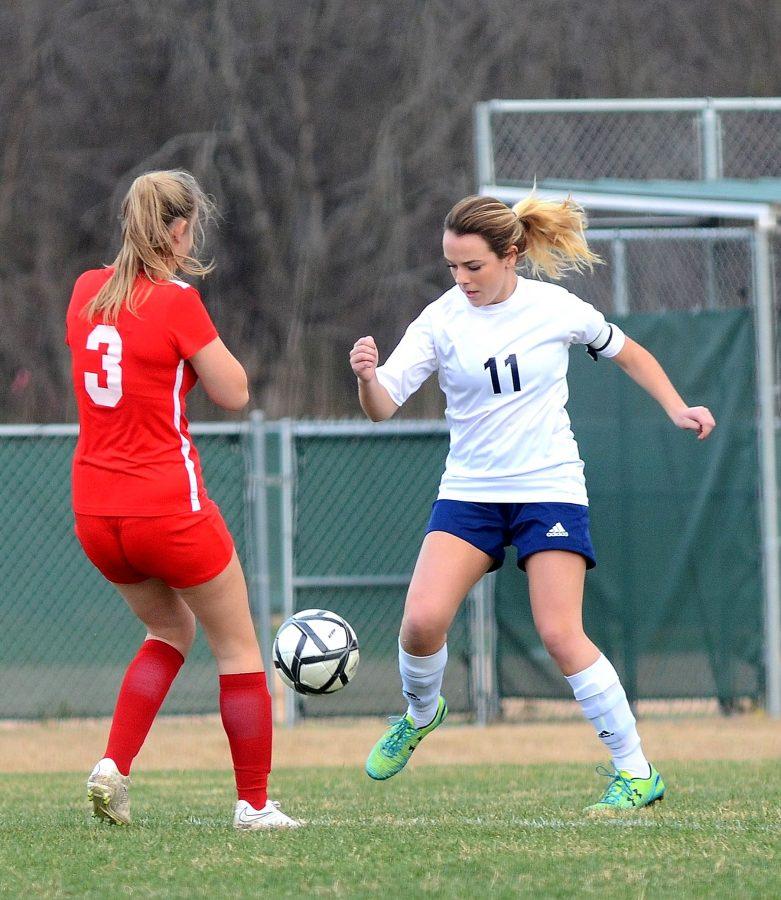 On January 9, the Lady Mustangs faced Dallas Covenant on their home field. The Mustangs won with a final score of 2-1. In the past, the team has had trouble winning when playing them on their home field. Goalkeeper Elyse Mead said, “The Covenant game was full of energy and was definitely one of the best games our team has had this season. Everybody really put in effort until the very end.” This was an important victory for the Lady Mustangs as they are still undefeated in district. On the following Thursday, January 13, the team played Dallas First Baptist. In the previous season, this was the only team that the Mustangs lost to. The game finished with a victory of 5-0. Captain Anna Grace DiLeo stated, “The First Baptist game was definitely one of our best games yet. We all played well and as a team, working together to score goals and win. We pushed each other and never gave up.” The girls are anticipating the rest of the season and staying focused on their goal to win district again. Next, they play Irving Highlands on January 17.