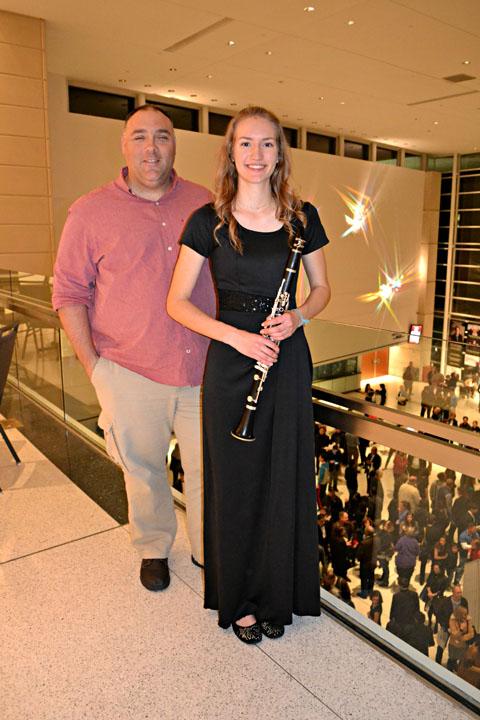 Everyone has a special talent whether they’ve discovered it yet or not. Senior Sara Harris is very talented when it comes to playing the clarinet. She is part of the band at MCA, directed by Ken Snow. Recently, she has been selected to rehearse and perform at two important events that spotlight her God-given gift.

On January 31, Harris performed with the TPSMEA All-State Band, consisting of 102 band members. Harris made fifth chair out of 18 clarinets. Dr. Jack Delaney, the Director of Bands and Professor of Music at the Meadows School of the Arts of SMU, conducted the band who rehearsed for about 14 hours.

Over 9,000 students from across Texas auditioned for the ATSSB All-State Band, and only 295 are selected to partake in the band. The rehearsals will be held this coming weekend, Feb 8-11, in San Antonio, Texas. Joseph P. Missal from OSU will be the clinician-conductor of the All-State Symphonic Band, Jeff Gershman from Capitol University will conduct the concert band, and Ellen Rowe from the University of Michigan will be conducting the jazz ensemble.

They will perform on Saturday morning in the Lila Cockrell Theatre of the Henry B. Gonzales Convention Center. This will be Harris’ second time performing in the ATSSB All-State Band.