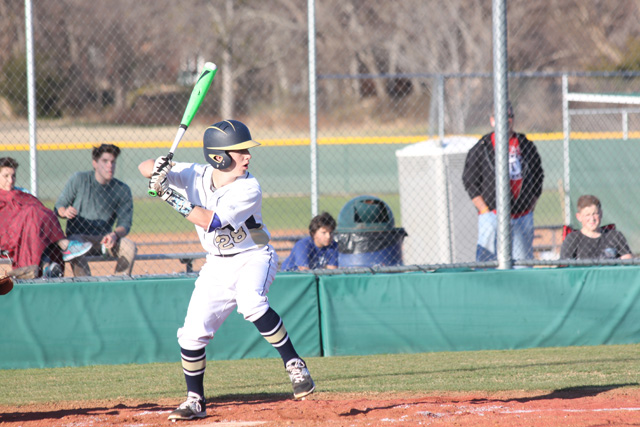 The Mustangs faced a skilled team at Coram Deo on both Tuesday and Friday. The Mustangs could not keep up with a very competitive Coram Deo batting lineup as well as their skilled group of pitchers. The Mustangs lost on Tuesday by a score of 14-0. On Friday, the Mustangs drove in eight runs but ultimately were outmatched by Coram Deo, who scored an impressive 18 runs. Junior center fielder, Kyle Medders commented, “These losses were hard to take, but they showed us what we need to do to be successful for the remainder of the season. Hopefully we can start the ball rolling this week with a couple of wins.” The Mustangs are currently 9-10 and will face district rivals Waco Reicher in Waco on Tuesday and then again on Thursday at home.