Cheaper by the Dozen

Another Successful Show by the MCA Drama Class 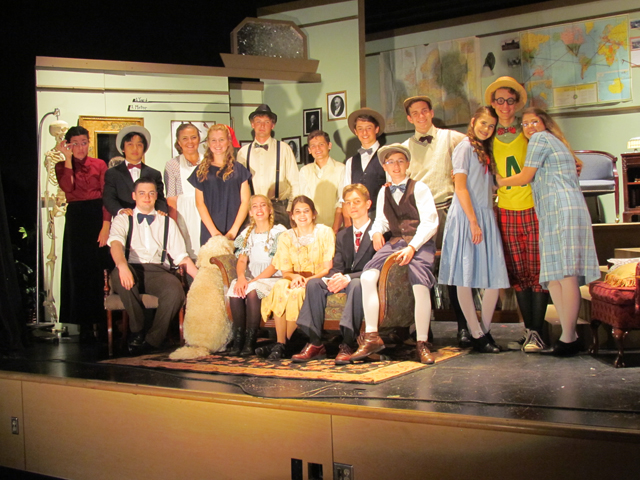 Cheaper by the dozen cast.

This year, the McKinney Christian Academy Drama class chose Cheaper by the Dozen, directed by Julie Tucker, as their annual spring production. The show was a comical yet tenderhearted story about a family living in the 1920s lead by a father obsessed with order and timeliness.

The performances took place on Thursday and Friday night, April 27th and 28th, at 7pm. Friends and families of the actors as well as MCA students and faculty came to see the students show off what they had rehearsed for months. Junior Abigail Gordon said, “The show this year was really fun to put on. We all worked so hard on it and I was really happy to hear that people liked it. It was great to perform a show for our friends and family that was funny, touching, and heartfelt.”

The set was designed by Julie Tucker and constructed by her, Michael Tucker, and James Casey. Lights, microphones, and other technical parts of the play were controlled by Ken Snow. Some of the theatre students not cast in the play had backstage roles that were equally important as those on stage. Freshman Stage Director Anson DeLatte took on her role head on, being responsible and making sure everything ran smoothly before, during, and after the show. Graphic Design teacher April Doyle and her senior intern, Garrett Lee, designed and printed out all of the playbills for the show.

Both the masterminds behind the show and the talented performers seen on stage made this production possible and brought the story of the Gilbreth family to life.