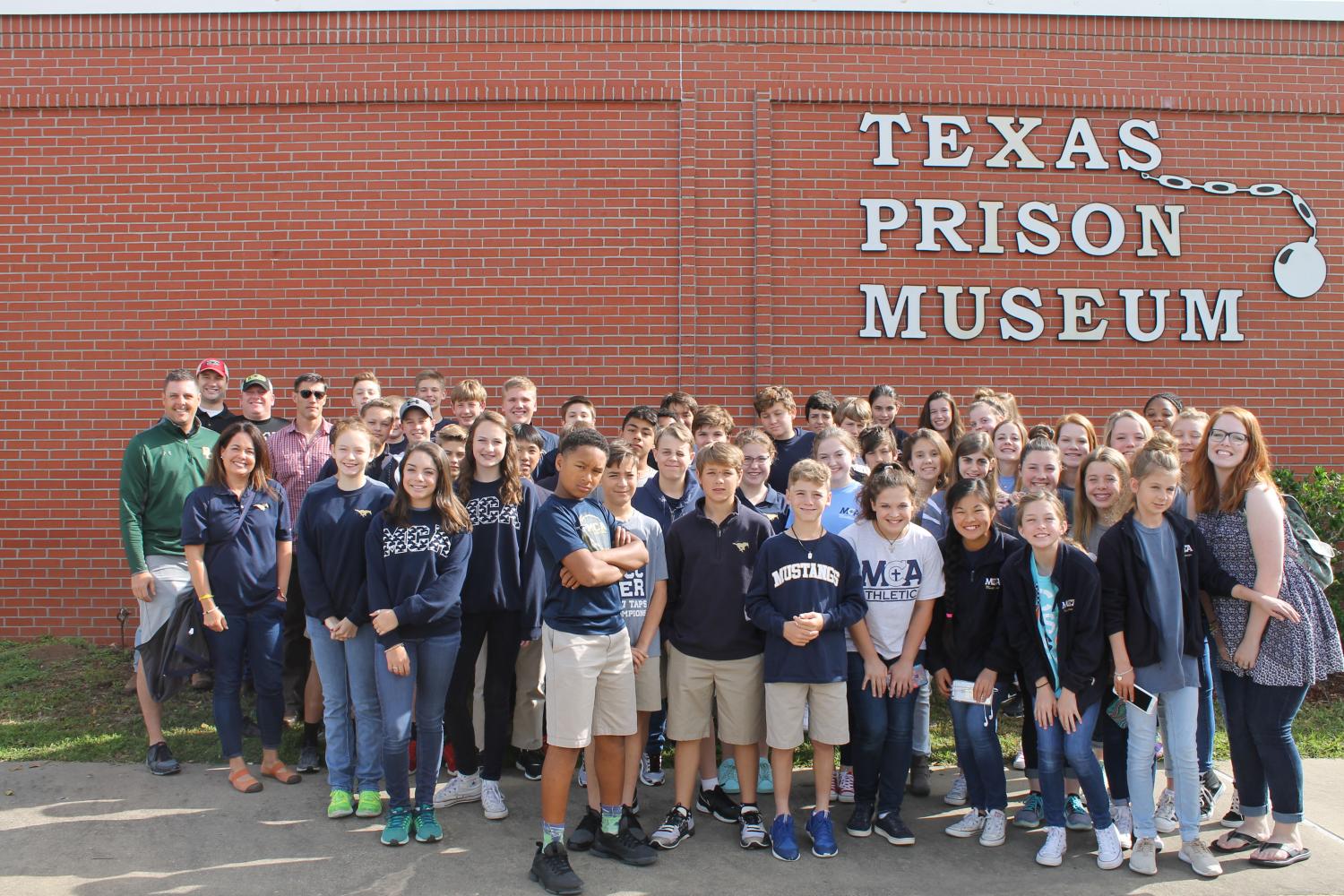 The seventh graders and mca chaperons strike a serious pose in front of the Texas Prison Museum.

The seventh grade trip took place this year from April 12th to April 13th, and it was a trip full of history, fun, and excitement. The trip started on an early wednesday morning when all the students loaded up on a bus, ready for their adventure. Their first stop was in Huntsville, Texas we’re the students got to visit the Prison Museum and the Hearts Veterans Museum. At the Prison Museum they got to see Old Sparky, the first electric chair in Texas, and they also learned about Bonnie and Clyde as well as many other historical figures. At the Hearts Veterans Museum they got the chance to look at and sit in all sorts of military vehicles and airplanes. They then went to La Porte, Texas where they got to tour the San Jacinto battle ground, monument, and battleship. At the battle ground they got to see what the uniforms and weapons of the Mexican and Texan soldiers looked like. The seventh graders ended up staying in cabins in Retreat at Artesian lakes. Each cabin had a lake view and alligators that you could see on site and this ended up being one of the main highlights of the trip for lots of the seventh graders. The next day they visited Goliad, Texas where they saw Presidio La Bahia. They then headed over to Victoria, Texas where they saw the Fannin Battleground. Seventh grader, Jalen Wheeler, said “I learned quite a bit about Texas History and it was cool seeing how everything came to be.” The Seventh Grade Field Trip was one that won’t be easily forgotten and it really helped emphasize the importance of  Texas History and how it influences us today.