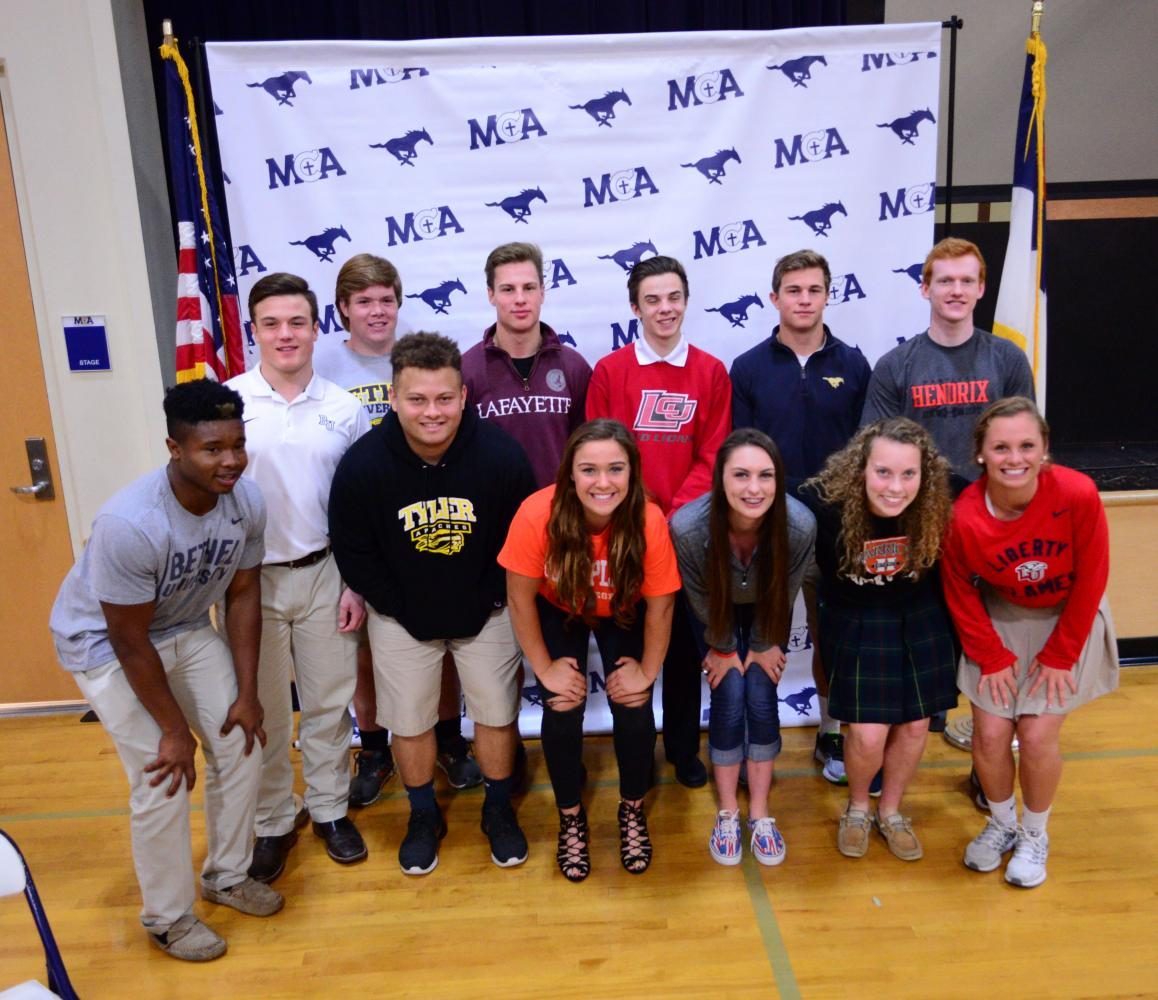 Signees took a group picture after signing their letter of intent.