Tee it Up Golf Tournament 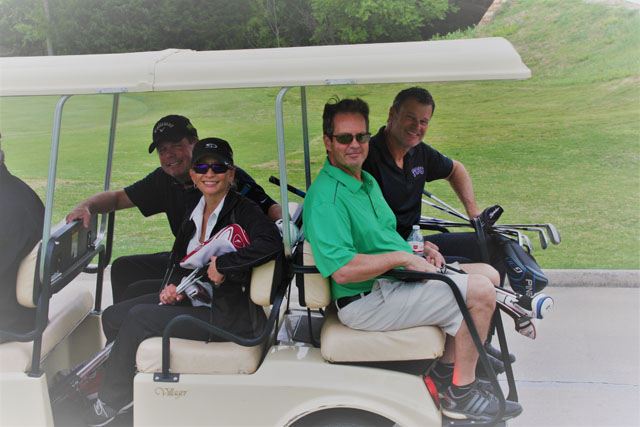 The Boyd team stops for a picture while on the golf course.

Every year MCA holds a golf tournament to raise money for the school. This year’s was on Monday, April 10th at TPC at Craig Ranch.

There were approximately 84 players that came out and braved the weather to play. Most teams got in nine holes before the inclimate weather caused the tournament to be called.

The players came in for an early awards dinner. The dinner was a wonderful fajita buffet in the dining room at the TPC. Raffle tickets had been sold for fun items. Some of the raffle items were: Four dinners at Rick’s Chophouse valued at $100 each, a Moviehouse & Eatery gift card, Dinner at Petra’s, wine tasting for 10 people from Landon’s Winery, and many golf items.

The HVAC raffle winner was Stephen Winkler. He won a complete HVAC unit (up to $8,500 value) complete with installation and maintenance.

We raised over $45,000 for MCA and CASA, in support of Christian education and children’s advocacy.