Emma Lowes verbally commits to the University of Iowa for volleyball. 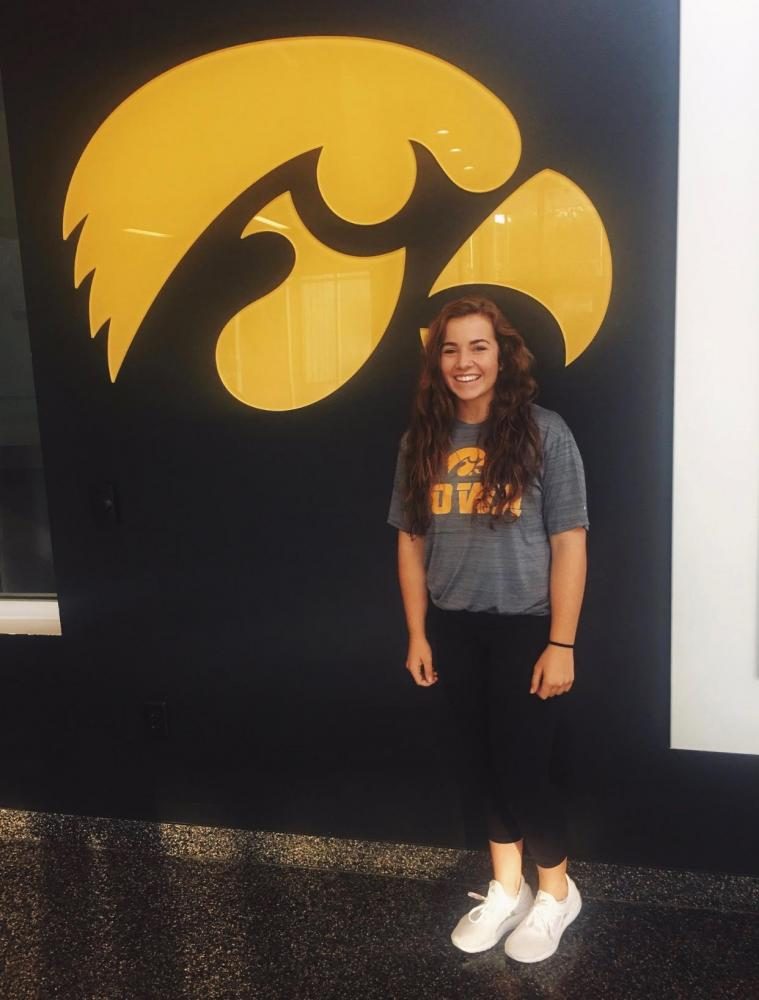 Lowes stands in front of the University of Iowa Hawkeye during her official visit.

After August 15, 2017 junior, Emma Lowes was no longer just a starter on the MCA Varsity volleyball team. She will be furthering her volleyball career as a Division 1 athlete at the University of Iowa after graduating high school in 2019. She stated, “I’ve played volleyball for about nine years now and not once have I ever considered quitting.” Lowes has played club volleyball since she was 11 years old. “I think the thing I love most is the fast pace of the game, the competitiveness, and the girls you get to meet and play with.”

Playing club volleyball has opened many doors for her career to be more than just a high school athlete. By playing competitively, Lowes has had the opportunity to travel the country. College coaches come to watch select athletes compete against one another for a spot at nationals. “By placing highly at nationals has had a big effect on my recruitment too because you have lots of coaches watching and seeing how you would play in a high intensity situation.”

Now that Lowes has verbally made her commitment, she could not be more ready to play in college. “I think the thing I’m most excited about is playing at the highest level possible and being in a tough conference which leads to great competition.” The University of Iowa plays strong teams like Penn State and Nebraska. Both of which have won national championships before. Lowes has already gotten to meet some of her future teammates as well. “Once I verbally committed I was immediately connected to the other girls in the 2019 class. I didn’t know some of them, but I knew some of the girls from playing in away tournaments and at nationals. It’s cool to think now we are rivals, but in a couple of years we will be teammates.” Lowes recently went on an official visit of the campus. “Visiting the University of Iowa was awesome, I loved seeing the campus and watching practices, but my favorite thing was spending time with the team and getting to see what it would be like to be a Hawkeye.”