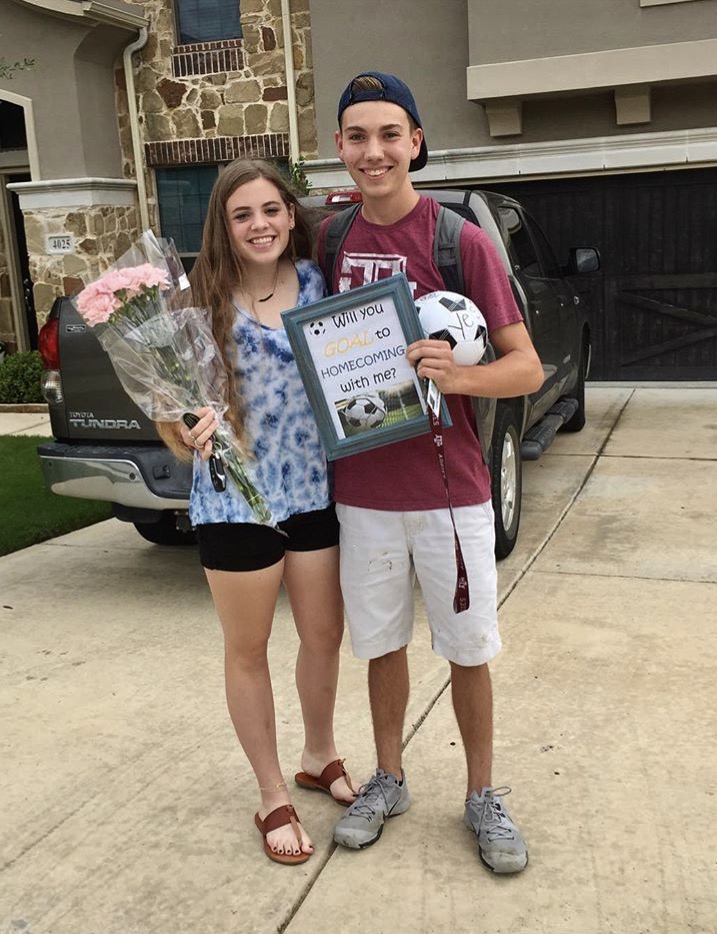 These two seniors, Clara O'Niel and Keaton Emerson, have just found a date to Homecoming!

Seniors, Clara O’Neil and Keaton Emerson, are featured on this week’s “Senior Spotlight.”

Clara O’Neil has been attending MCA since sixth grade. She has participated in Varsity Soccer and Softball, as well as being in National Honor Society. During her junior year soccer season, she worked hard and was able to receive the “First Team All District” award as a defensive player and was also awarded an “All State Honorable Mention” award for displaying excellent defense in the Lady Mustang’s State Semi Final game in March 2017. O’Neil wants to go to Baylor University and study Nursing. Her favorite Bible verse is Isaiah 40:28-31, which reads, “Do you not know? Have you not heard? The LORD is the everlasting God, the Creator of the ends of the earth. He will not grow tired or weary, and his understanding no one can fathom. He gives strength to the weary and increases the power of the weak. Even youths grow tired and weary, and young men stumble and fall; but those who hope in the LORD will renew their strength. They will soar on wings like eagles; they will run and not grow weary, they will walk and not be faint.”

Keaton Emerson is a new Senior at McKinney Christian Academy this year. He transferred from North Texas Christian Academy. He likes to take pictures and considers himself to be a photographer. Emerson would like to attend Texas A&M and study Agriculture Business. His favorite Bible verse is 1 Timothy 4:12, which reads, “Don’t let anyone look down on you because you are young, but set an example for the believers in speech, in conduct, in love, in faith and in purity.”