A review of the movie wonder woman that came out June 2 this past summer. 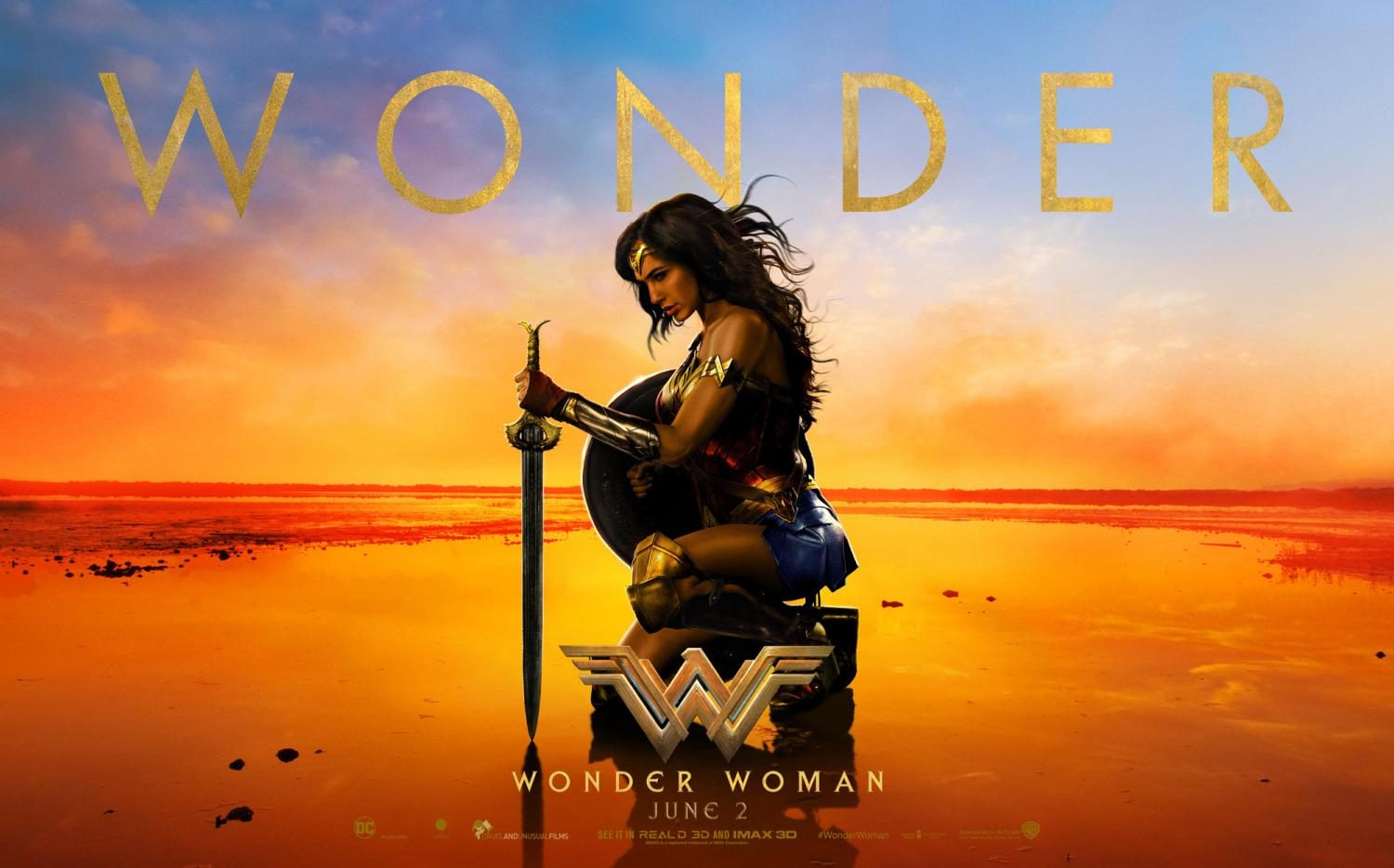 The magnificent cover for the movie.

Wonder Woman is an action packed, thrilling movie. As you may know Wonder Women was given a review with 92% rotten tomatoes. This movie made it up to the top 100 movies page on the rotten tomatoes website. On that list are also a bunch of classics, such as The Wizard of Oz, Snow White, Finding Nemo and now Wonder Women. Of course everyone wanted to see what all the rage was about. Theaters were jam packed even after it had been out for a few weeks. I speak from experience, for when I went to see Wonder Women the only seats left were the first and second row. Obviously not the ideal place to sit but every other seat was taken. Now after seeing the movie I understand why.

Wonder Woman or Diana takes you through her past and tells the story of how she got her famous name. When she was younger she lived on a protected island that no human had ever entered. It was known as the Island of the Amazons. Diana was the only child on the island. The amazons who lived on the island were created by Zeus the god of the sky. Zeus had gifted them a powerful sword referred to as “the god killer.”  With that sword they were meant to kill Zeus’s son the god of war. All the Amazons trained hard day and night for the time when they would come in contact with humans and the god of war. One afternoon Diana spots a human on the island. Following the man an army comes and invades the island and everything changes. Diana makes a bold move and decides to go with the man who promises to take her to the war front. There she plans to kill the god of war. Once the god of war is killed everyone will love each other again. At least that’s what she thought. On this journey she learns that the world is a harsh place and her plan is going to be harder than she had expected.

I was so excited to see what all the hype was about. I personally wasn’t sure I would like it but to my surprise I loved it. It was so good I even decided to see it a second time. It had everyone in the audience on the edge of their seats. Like a good movie no one was able to predict what would happen next. There was everything you could ever want in a movie;  action, romance, suspense, adventure and everything in between. In addition to that the actors were amazing. Gal Gadot is the perfect person to play Wonder Woman. She was flawless in everything she did and was confident in herself.  Then of course we had the character Trevor played by Chris Pine. He played as Wonder Woman’s love interest and they had had great chemistry. Although I obviously fell in love with the movie and all of the characters. I wouldn’t recommend the movie to younger viewers. Only because it is a war movie and therefore it had a good amount of violence. Other than that I would rate this movie 10 out of 10. It was by far one of my favorite movies I’ve seen.