After the Los Angeles shooting 58 people where found to be dead and nearly 500 injured. 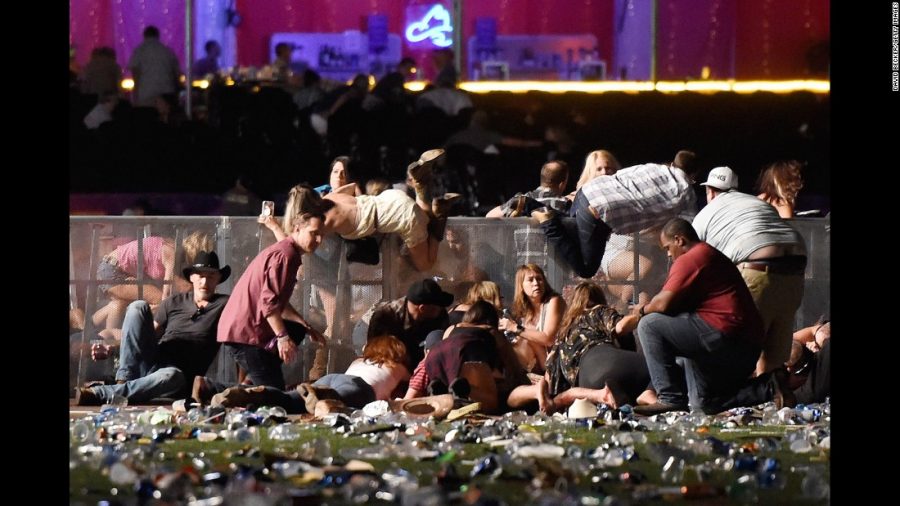 Panic is shown as people dive for cover during the Las Vegas shooting.

Last Sunday a tragedy hit all of us. The largest mass shooting in United States history took place opposite of the Mandalay Bay Resort and Casino on the Las Vegas Strip. A gunman open fired on a massive crowd attending a Jason Aldean concert. The shooter, 64- year-old, Stephen Paddock, open fired from the Mandalay Bay hotel and 58 people were killed and nearly 500 were injured. Authorities still do not have an exact answer for why Paddock committed this twisted crime and a heavy investigation is still going on. Some people being questioned are Stephen’s brother, Eric, and his girlfriend, Marilou Danley. It is believed that Paddock killed himself after the shooting and further details are still being figured out. Pray for Las Vegas.