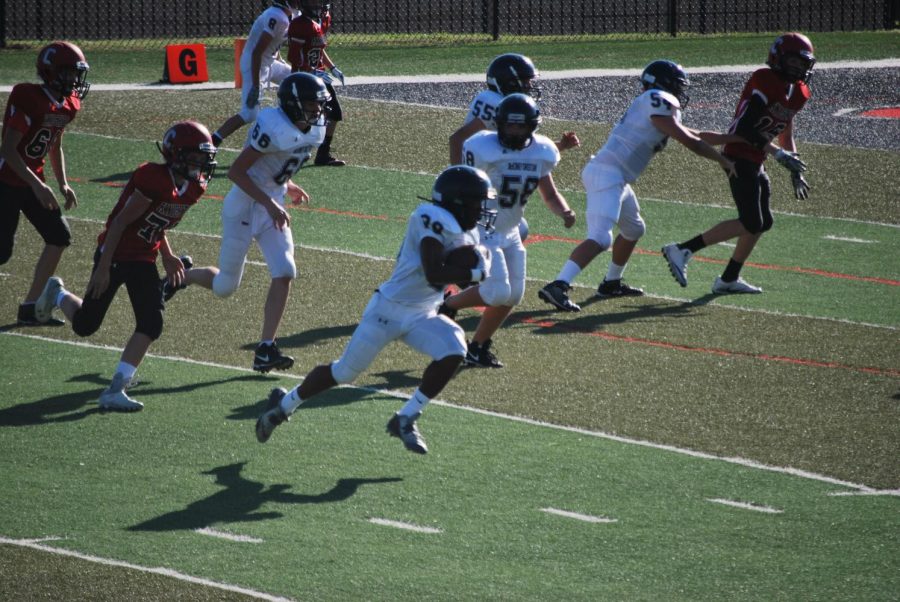 Last Thursday, the MCA Middle School football team continued their undefeated record by winning against Dallas Covenant 44-6. MCA got a lead on Dallas Covenant from the beginning of the game and the Mustangs capitalized on their opportunities, which lead to a high scoring game. Eighth grader Sutton Mayberry, said “Our season is rolling and our win against Dallas Covenant showed all of our hard work pay off.” MCA was able to put in many of the secondary again this game giving the players who aren’t starting more chances to get in the game. MCA remains undefeated and they will face Good Shepherd  on October 19th at McKinney Christian Academy.