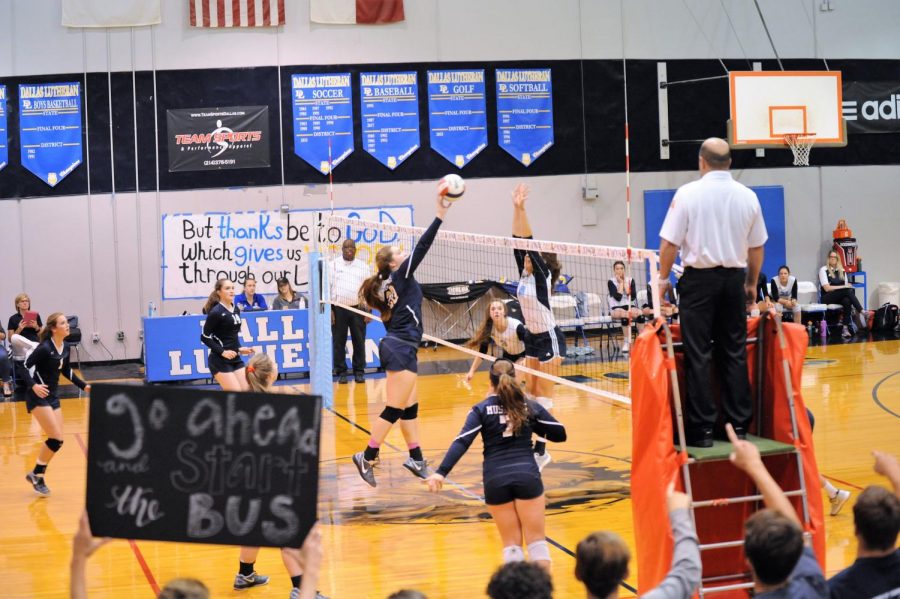 Senior Marissa Wilks puts the ball down for the final point in the tie-breaker district championship match against Coram Deo.

On Tuesday, October 17 the Varsity volleyball team took on Waco Vanguard at home. This night was also Senior Night, the seniors were recognized for their hard work and dedication to the volleyball program. Winning this game, would make the Lady Mustangs Co-District Champions. The game was a three set win with scores of 25-16, 25-17, and 25-22. Ava Grace Haggard led the team in kills with seven. On Tuesday, October 24 the volleyball team will play Coram Deo at Dallas Lutheran at 6:30pm in a playoff game to determine seeding for the state tournament.