The Mustangs dominated district and out of district games this year and they are the first Middle School football team to go undefeated. 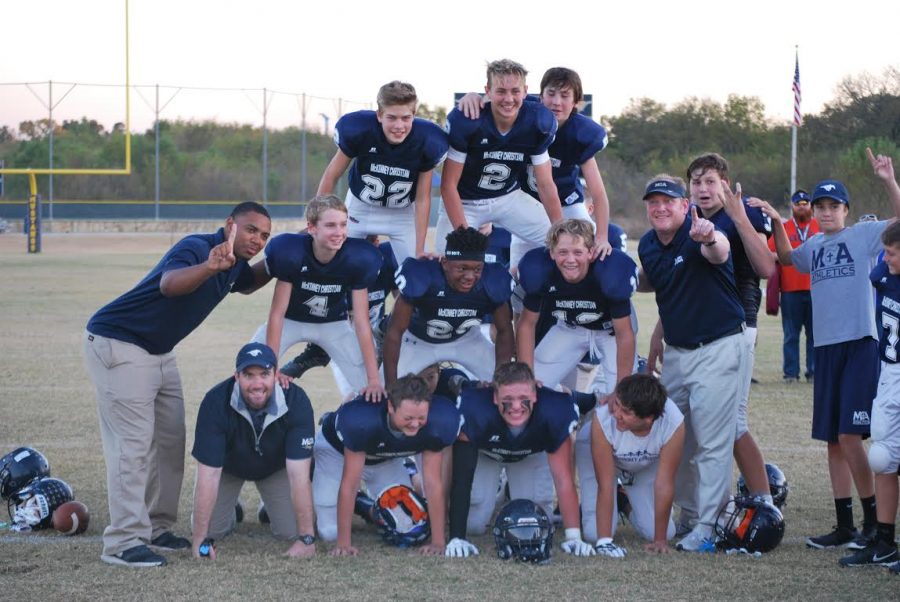 All the eighth graders gather around for a photo with the coaches after ending their season undefeated.