D1 and D2 All Star Teams Win their Final Game. 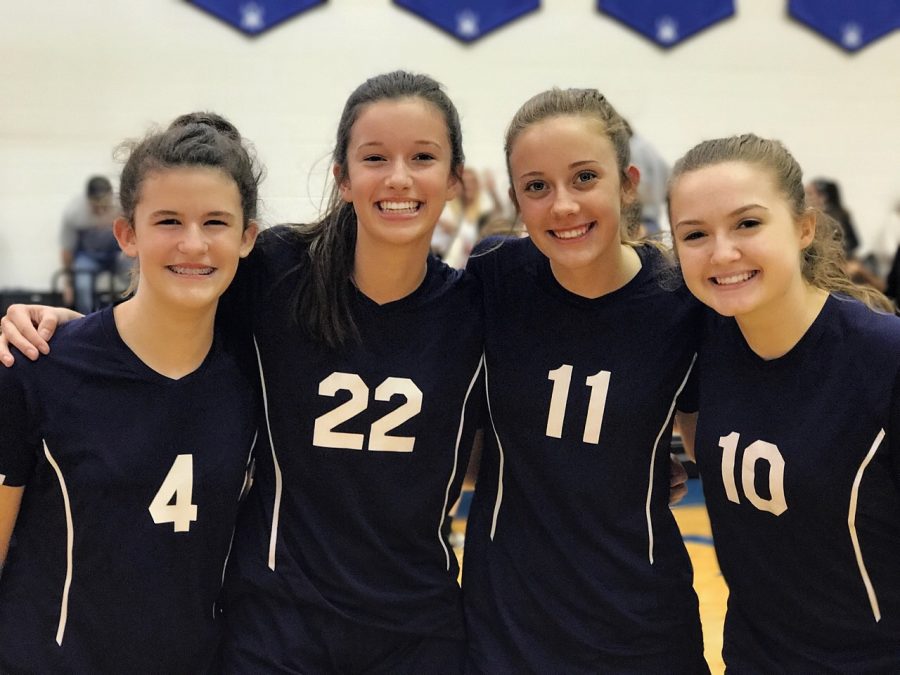 After the Middle School Lady Mustang’s volleyball season came to an end there were four players who were picked by Coach Neidlinger and Coach Ackmann to play in an All Star volleyball teams. These teams would consist of multiple players from other schools that they had played throughout the season.  The four girls that were chosen to play on these teams were Eighth graders Lizzie Smith, Abigail Dahl, Abbi Cooper and sixth grader Sierra Pitts. The girls were picked based on skill and how they exhibited Christ-like characteristics both on and off the court. The  game was played on October 26th against another All Star team and the girls from MCA and their new teammates were able to walk away with the win.