The Mustangs Remain Undefeated in District 3-0. 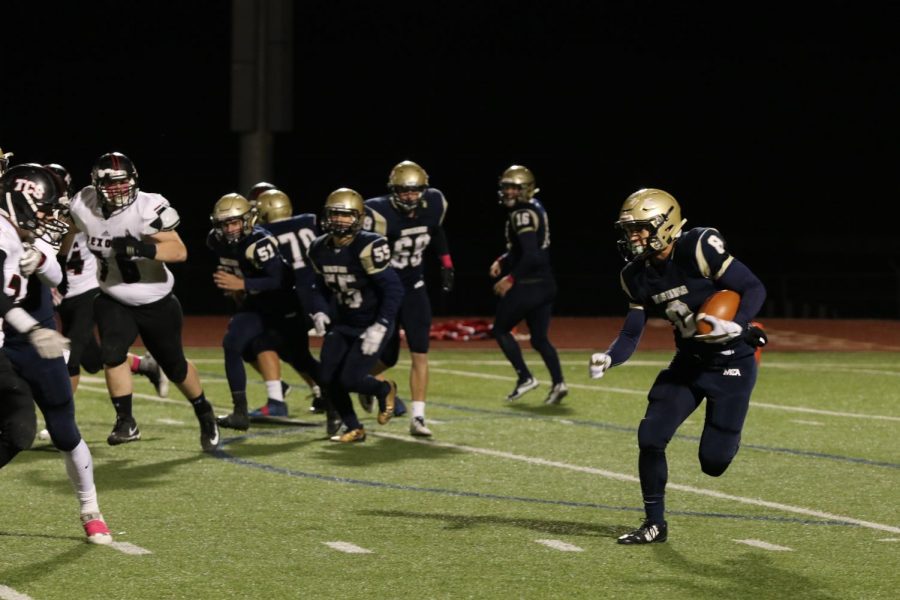 Junior, Levi Miller runs the ball down the field, dodging several players, in an attempt to score a touchdown.

This Friday, the Varsity football team dominated on the field. Despite it being a cold 33 degrees, the Mustangs remained focused and got the job done. The Mustangs matched up against Texoma Christian Academy and didn’t let up until the final minute. In the first quarter, Quarterback Will Baxter, 11th, threw a 22-yard touchdown pass to wide receiver Ford Dossey, 10th. This and several other touchdowns aided the Mustangs in having a 30-0 lead by the first half. This enabled many of the underclassmen to have an opportunity to get valuable playing time. In the third quarter, Zach Kalinke, 9th, threw a 22-yard touchdown to Rex Collins, 11th, and Hayden Faulkner, 9th, had a fumble recovery. By the fourth quarter the Mustangs had the game locked up with a score of 37-6. The team is now 3-0 in district. Their next game is on Friday, November 3 against Shelton.