The Lady Mustangs were excited to play their first home game and their energy on the court enabled them to pull out with a win. 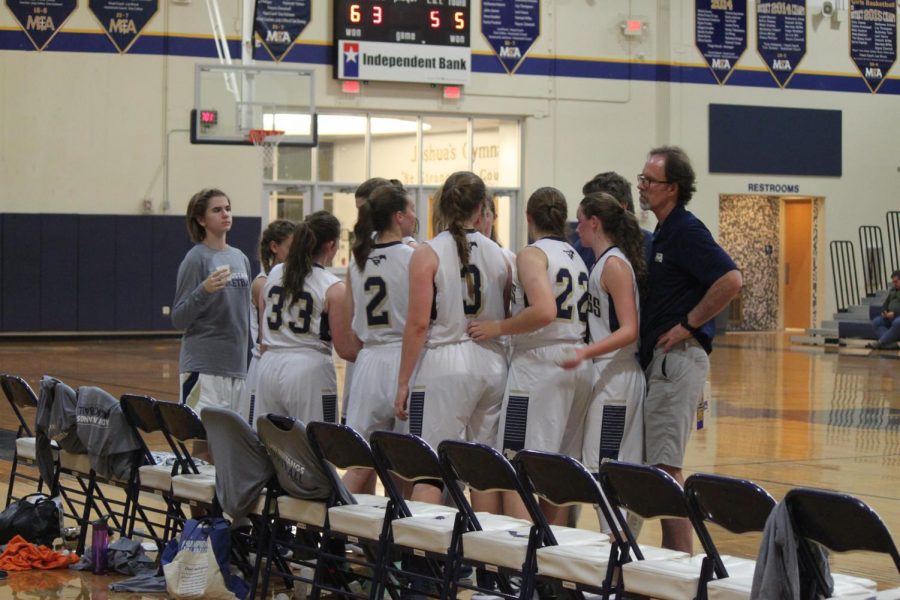 The girls basketball team huddles in a timeout.

On November 28th, the Lady Mustangs basketball team hosted their first home game against Texoma Christian. Maintaining the lead the entirety of the game, the Mustangs pulled through with a win. The Mustangs played aggressively and racked up several steals, which resulted in winning the game with a final score of 47-39. The girls’ basketball team was excited for their first home game and were able to defeat Texoma Christian, enabling them to start their home game season with a success.

Senior and captain, Marissa Wilks, said, “This basketball season is going to be a lot of fun and I am really excited to see where it’s headed!”

Sophomore, Jolie Clow, comments on the varsity girl’s next home game, “This season is going to be great! I can’t wait to play in our next home game against Grapevine Faith on Monday. Come out and support!” The Mustangs are headed off to Sadler, Texas on Thursday for a tournament, and play Grapevine Faith at six o’clock on Monday.