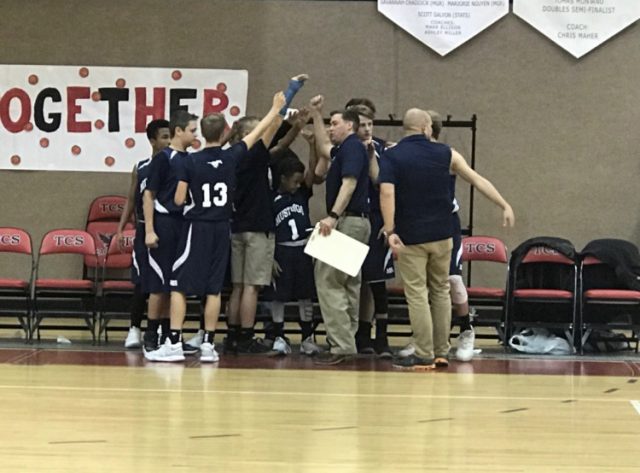 The Mustangs breaking out of the huddle after a timeout.

The MCA Middle School, division one, basketball team traveled to Sherman to take on rival Texoma Christian. The Mustangs battled all game long, but at the start of the 4th quarter they were down 37-33. As Coach Phillip Wysong encouraged the players, they made a strong comeback and won the game at the last second 43-41. Once again, the Middle School boys basketball team, pulls out another huge win against its rival. The Mustangs next game is December 11th at 6:30 in the SLC.