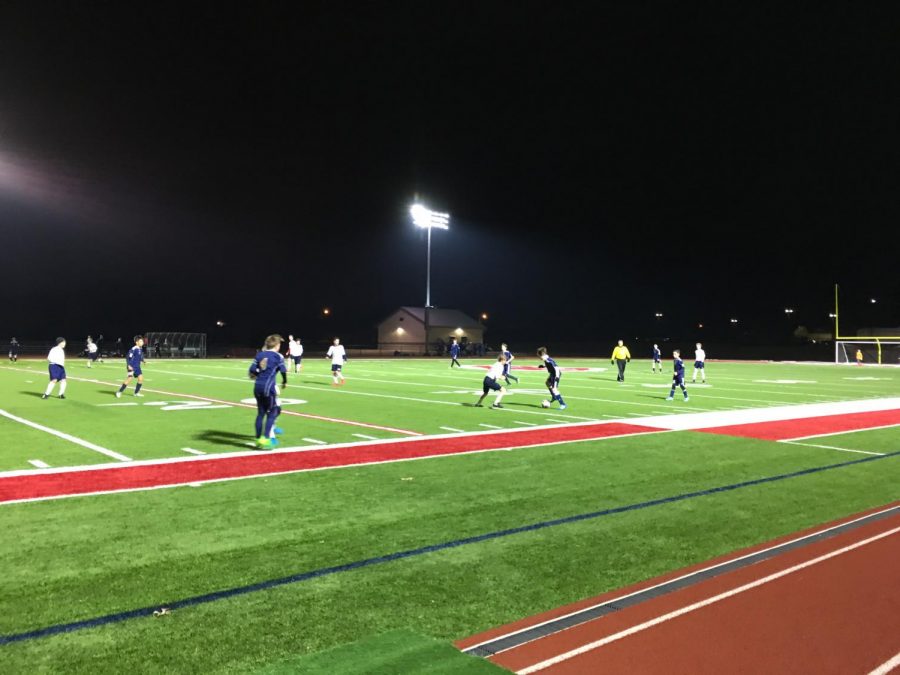 Sixth grader Nicholas Catullo dribbles the ball up the field and looks for a teammate to pass it to.

On Friday, January 19, the Middle School boys soccer team traveled to play Grapevine Faith at their field. Eighth grade captain Julian Pascu scored a goal in the first half, and then seventh-grader Emilio Sanchez scored in the second half. During the first half, Grapevine scored their only goal. After that, the Mustangs were able to keep the ball out of their net. “We did well at passing and making good plays at the right time,” commented sixth-grade attacking defender David Roller. The Middle School boys will play again on Tuesday, January 23 against Good Shepherd at the McInnish Sports Complex.