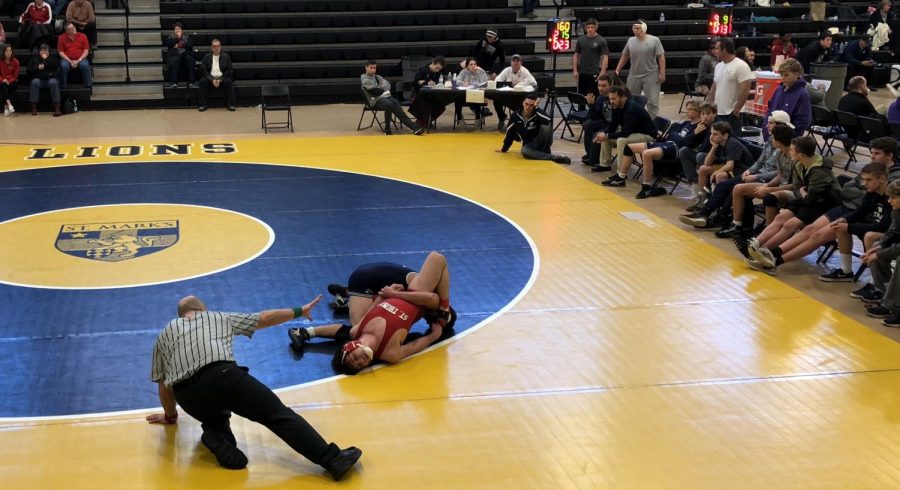 Rex Collins pins a wrestler from St. Thomas for the win.

The McKinney Christian Academy wrestling team traveled to Bishop Lynch on Saturday to compete in the Prep State Duals. MCA went 2-3 in the duals and ended up placing 6th out of the twelve teams present. The MCA wrestlers won many of their matches but scoring points for the team was tough due to some missing weight classes. Captain Rex Collins said, “The wrestling team has performed well throughout this season so far. Each week the guys continue to get better and understand the sport better.” MCA will be competing in the Prep State Tournament in took weeks that will be taking place in Houston.