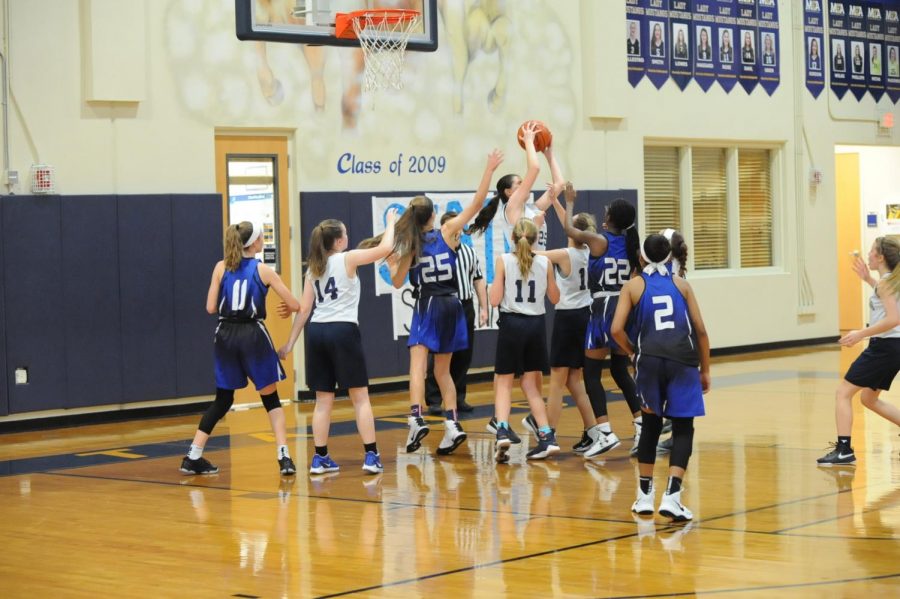 Eighth grader Karlene Shelton gets the rebound and is able to score a point for the Mustangs.

The Middle School girls D1 basketball team played their second game against Trenton Middle School on Saturday, January 27th. The final score was 23-13, ending with a loss for the Mustangs. even though they lost there were many girls who fought hard and scores several points for the Mustangs. Eighth grader Madi Clark made a total of six points throughout the game and eighth grader Abigail Dahl Made a total of three points, seventh grader Georgia Haggard also had many steals on defense. Abigail Dahl commented on the game,
“We might not have won our game against Trenton, but we fought for every point. Every game we play together we grow closer as a team. I know that we will have a good rest of the season because we get better every practice.”