Charging Ahead to Victory

The Mustangs are second in district! If they win the game on the 28th against Coram Deo they are tied for first place. 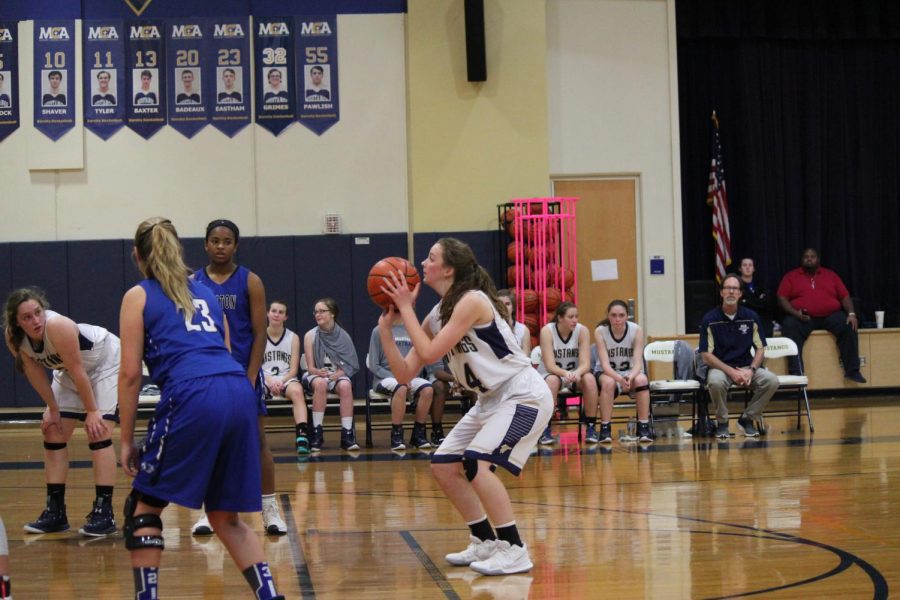 After spending some time together on Friday afternoon preparing for the game, the Mustangs were ready for their next district game. With their history of a close win of three points, this was a much anticipated game for the Mustangs. However, from the very start of the game it was clear who was dominating the court. Shelton wasn’t on the scoreboard for the whole first quarter, and maintaining a huge lead the entirety of the game, the Mustangs pulled through with another district win of 58-20.

The Mustangs are second place in district with Coram Deo in first. Senior night is this Tuesday, the 30th, in the SLC at six o’clock. A win would tie them for first place as co-district champs. Sophomore Caitlin Cooper comments about the game,
“We played a really good defensive game and I loved being able to play with this amazing team. We can’t wait for Coram Deo on Tuesday to beat our rivals and to claim co-district champs; so make sure to come out and support.”