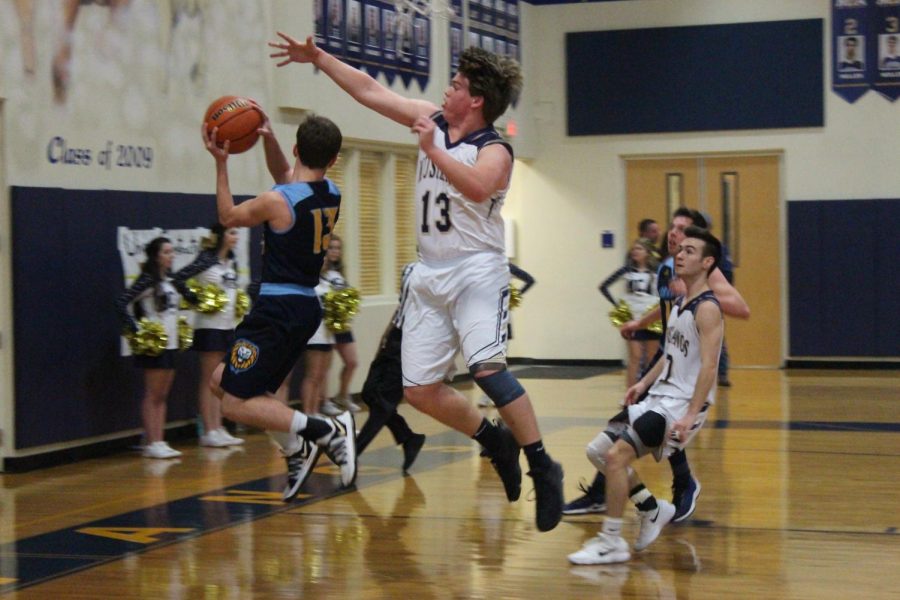 Will Baxter, junior, blocks a shot by Coram Deo guard.

The MCA boys basketball team played a difficult game against Coram Deo on Tuesday, January, 30. The team lost 39-59 keeping them in the same spot for district. Cameron Badeaux, senior, made the most points in the game with 12 points, along with Mac Grimes, senior, making 10 points. Mac Grimes, senior, said, “The game against Coram Deo was a tough game to play. I think that our team played hard but we could have played better with more determination.”

The MCA varsity boys basketball team, then, played Gainesville on Thursday, February 2 for a spot in playoffs. Unfortunately, MCA lost the game 65-75 placing them fourth place in district. With this loss, the varsity boys will not be making it to playoffs this year. The boys have one game left for the season and will be playing on Tuesday, February 6 against Waco VanGuard.