Last Game of the Season vs. Ovilla Christian School. 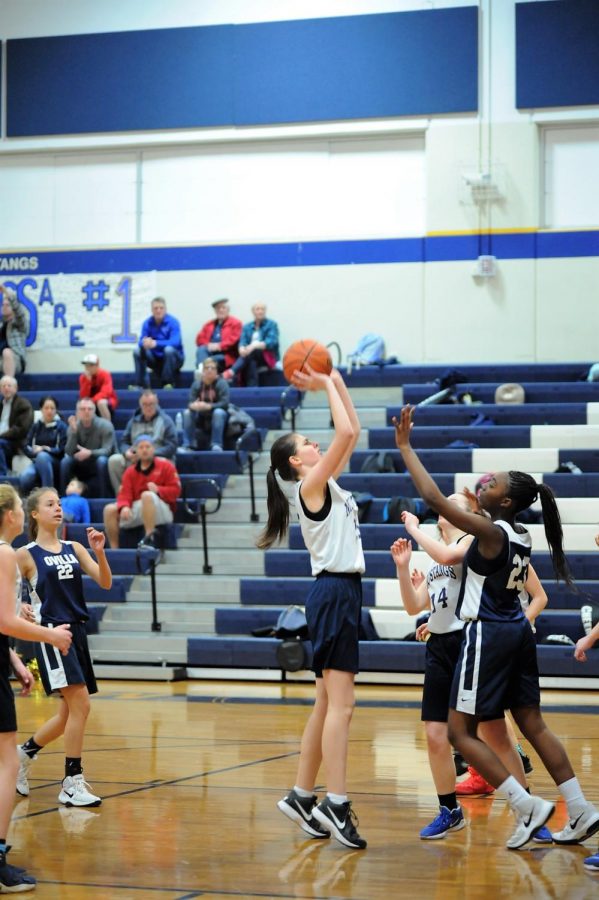 Eighth Grader, Karlene Shelton goes up to take a shot, resulting with a point for the Mustangs.

The Middle School Lady Mustangs played their last game of their season on February 6th against the Ovilla Eagles. The previous game that the Mustangs played against Ovilla was a rough game for the Mustangs and ended with a loss of 2-17. This game the girls were determined to use their skills to beat Ovilla and win their last game to finish off their season. The girls fought hard, giving all that they had and ended the game with a close score of 18-22, with an unfortunate loss for the Mustangs. Madi Clark Made a total of 10 points, Karlene Shelton made a total of six points, and Abigail Dahl made two points. Eighth grader Madi Clark said after the game,
“Although we lost our game to Ovilla by four points , I thought that overall it was our team’s best game of the season. I thought we improved so much as the season progressed and I am so proud of what we were able to accomplish.”
The Mustangs finished up their season with a record of 1-10. All thought they had a rough start to their season, the girls put in a lot of effort and gave it all they had. Our Lady Mustangs will come back next year, ready to work hard and end with a great season.