Mustangs Secure a playoff spot with a win over Dallas Lutheran. 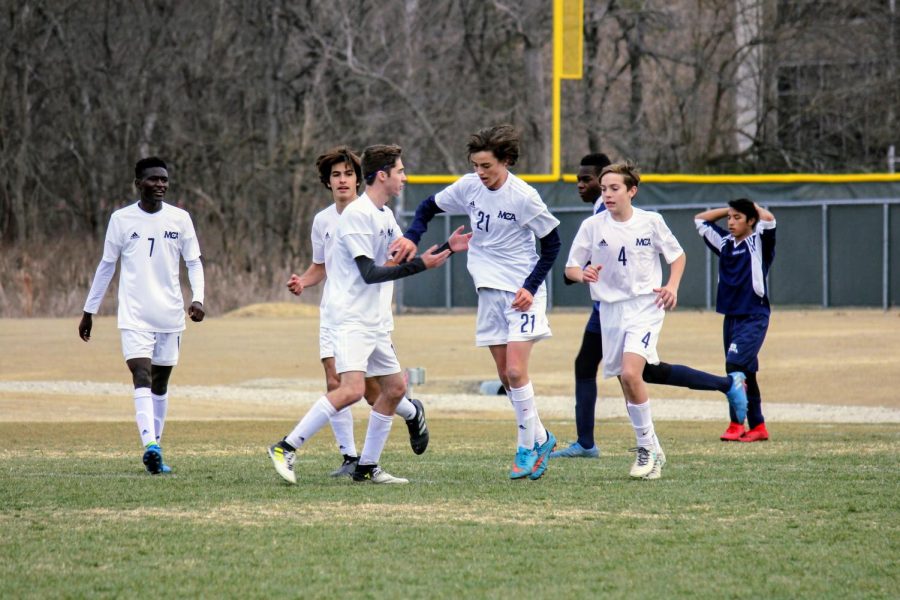 The Mustangs cheer after the ball was put into the back of the net.

Despite the colder weather, the Mustangs were ready to play against Dallas Lutheran. They had played them earlier in the district season and won by a good margin so Monday shouldn’t be any different, but the Mustangs made it clear before they broke out that they still ought to fight like it was a playoff game. And they did. By the start of the game, it was apparent that the Mustangs had the better team. Possession was kept on the offensive most of the first half with many shots off the post of the Lutheran goal.  The first goal was scored off a through ball for a 1v1 against the keeper and senior captain, Marco Cueva.  Senior captain, Able Kusaloka ended up scoring three goals, and junior, Nick Nasrallah, senior, Mason Schramm, and freshman, Brodie Wolfe scored a goal each. The match was 7-0 at the final whistle.