Three Games in One Week 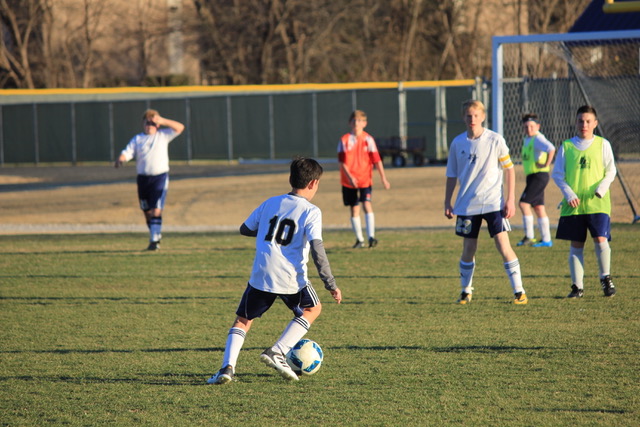 Looking for an opportunity to pass or shoot, sixth-grader Griffin Post dribbles the ball down the field approaching the goal.

The week of January 29 was a busy week in the world of soccer for the Middle School boys. They had three games and won every one. The first game was against Shelton on January 29 and they won 5-1. The second was on February 1 against Providence and they won 5-2 with a goal by sixth grade defender David Roller and another by eighth grader Matthew McDowell. The next day on February 2, the Mustangs ended their week of games with a home game win of 3-0 against Grapevine Faith.

Their next game will be against Parish Episcopal on Monday, February 5.