Wrapping the Season Up

The Final Two Games for the Middle School Boys Soccer 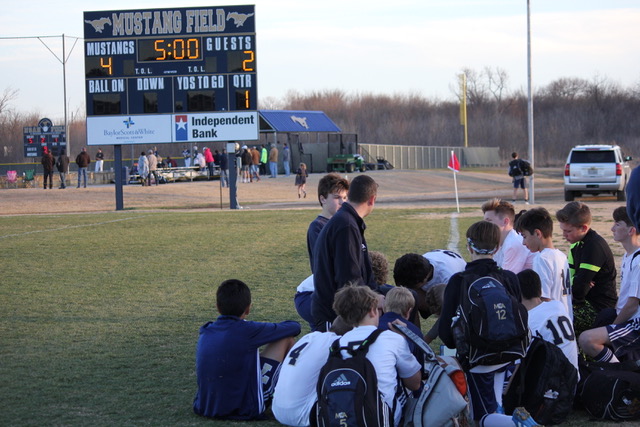 After a 4-2 win from a penalty kick shootout, the Mustangs listen to their coach, Rob Simmons, talk about the game.

Facing Parish Episcopal on Monday, February 5, the Middle School boys soccer team played a game there and won 2-1. This win energized them to play their best three days later against Grapevine Faith in the semi-final game. This was a close game, ending in a 1-1 tie, resulting in PKs. MCA dominated in these, with seventh-grade Goalkeeper Cole Anderson blocking all shots but one. The Mustangs scored three penalty kicks; they were scored by eighth-grader Elliot Mahadi, sixth-grader Nick Catullo, and eighth-grader Tyler Carpenter, ending in a score of 4-2. This win means the boys now advance to the Championship which will be played against Good Shepherd at Parish Episcopal.