Strong End to the Season 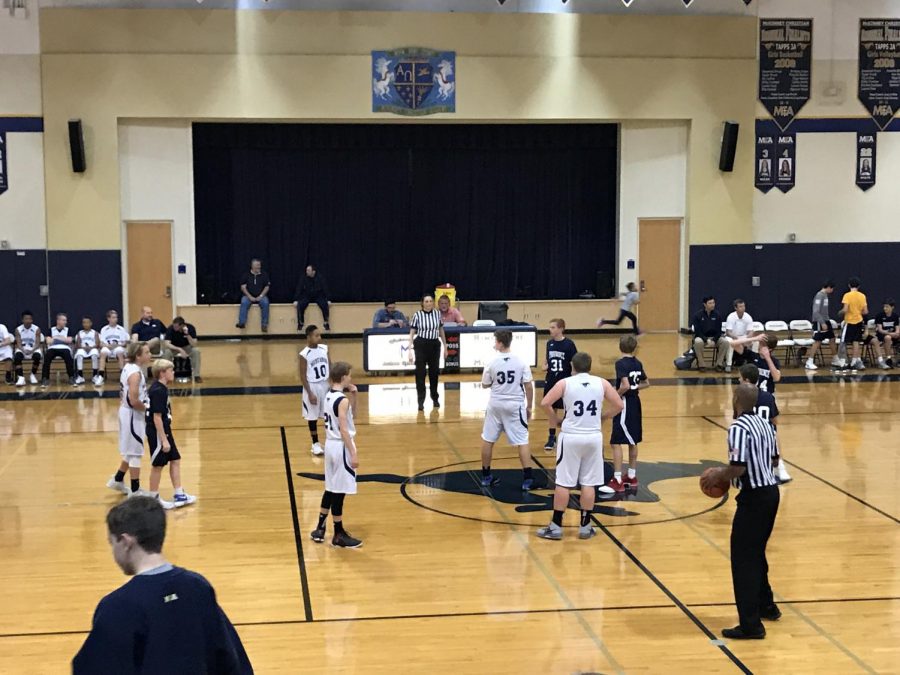 The middle School boys basketball team gets ready to tip off against Ovillia.

The short-handed Middle School boys basketball team hosted their district opponent, Ovilla Christian, for their last game of the year. Even though the Mustangs were missing two starters, they still somehow managed to win SCORE. Coach Phillip Wysong, said this about the final game of the season, “These boys have worked really hard in practice and I’m glad they were able to have a winning season.” Leading scorer of the Mustangs this year, Adam Gerdes, said this about his final game,”Now that middle school basketball is over, I can say I have never had as much fun as I did this year. I enjoyed playing with my friends and improving from last year, and I cannot wait to start high school basketball.”