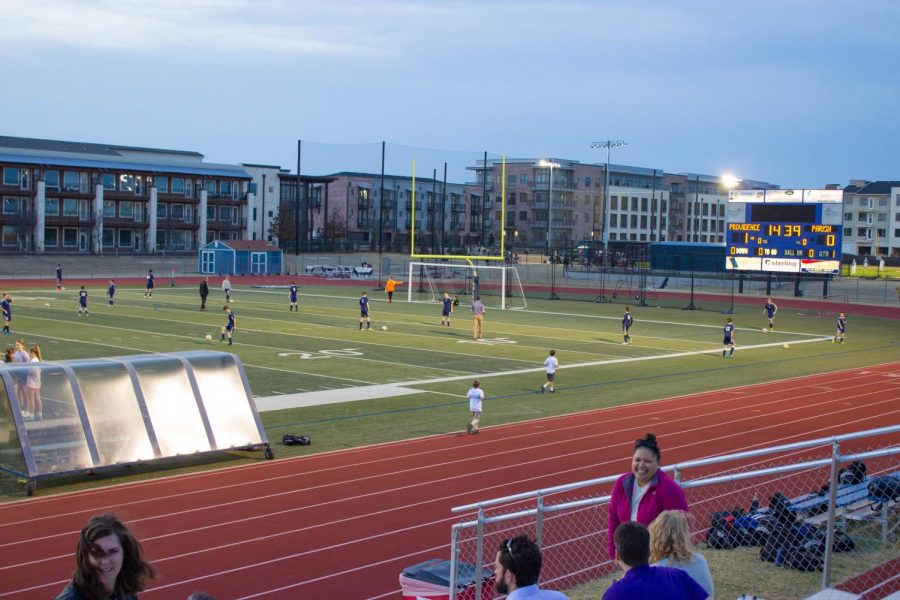 Before the game, the boys warm up by working on their long passes. They need to work as a team in order to play their best.

This past Thursday, February 15, the Mustangs traveled to the field at Prince of Peace, a neutral location, to play Good Shepherd Episcopal in the TAPS championship game. Due to lack of communication and not stepping to the ball, Good Shepherd was able to score two goals. At halftime, the Mustangs were down 0-2. “During halftime, Coach Simmons told us to step to the ball more, but keep up the hard work and score some goals,” said sixth-grader David Roller. Good Shepherd’s strategy was to get it to one of their two key players who would score a goal. Unfortunately, they succeeded and scored two more points, ending in a 0-4 loss for the Mustangs. This is the end of the Mustang Middle School Boys soccer season. Check back on the Mane Edition to see how the spring sports start off their season.