The MCA Wrestling Team wraps up the season by placing fourth at the TAPPS State Wrestling Tournament hosted by MCA. 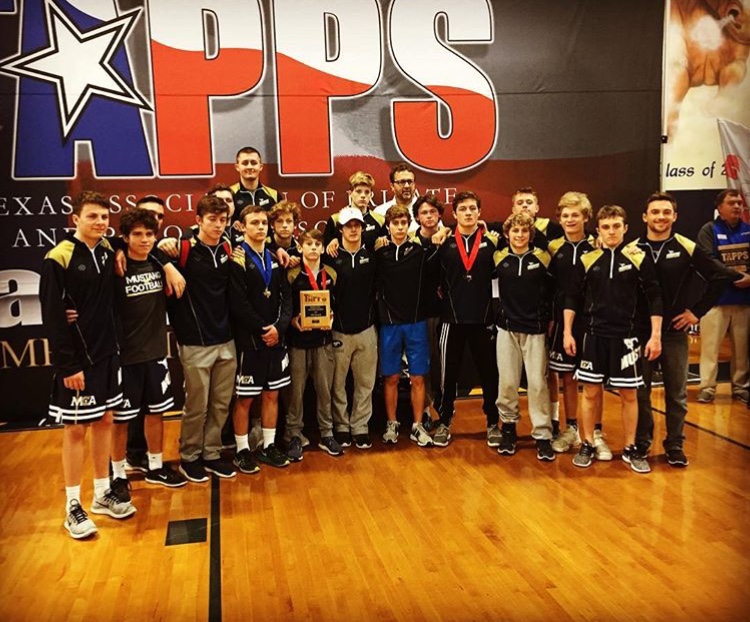