Varsity Baseball Racks up the Runs

The Varsity Baseball team prepares for district games with four wins in one week. 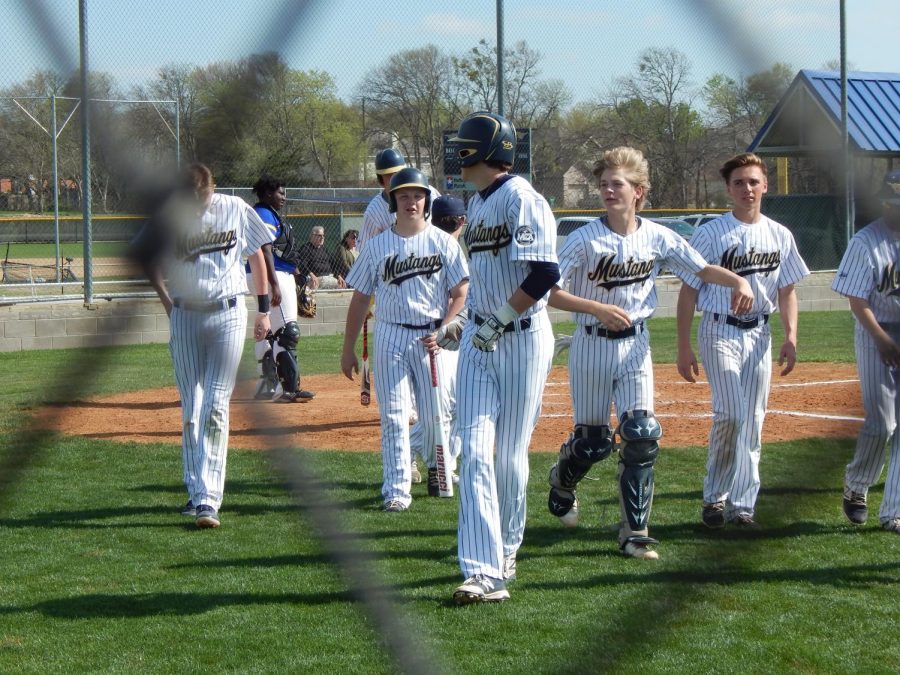 The Mustangs head to the dugout after an inning.

The Varsity Baseball team played four games this past week against two teams. They challenged Dallas Lutheran on Tuesday and defeated them 10-0. On Saturday morning, the Mustangs played Lutheran again. They played at MCA and shut them out, with a game ending score 14-0. They continued playing strongly and working as a team throughout the entire week. On Wednesday the Mustangs dominated Lakehill Preparatory School at home with a final score of 23-3. On Friday they played Lakehill again and had another win, with a score of 17-0.

JV Baseball played against Chant Homeschool on Friday. They came back from losing 2-0 with one out left to win 3-2. The next JV game is Monday, March 26th at home.

Sophomore Lee Leps sums up all the games this week perfectly, “This week prepared us for district next week.”

The first district game of the season is Tuesday, March 27th, at MCA against Dallas Shelton.