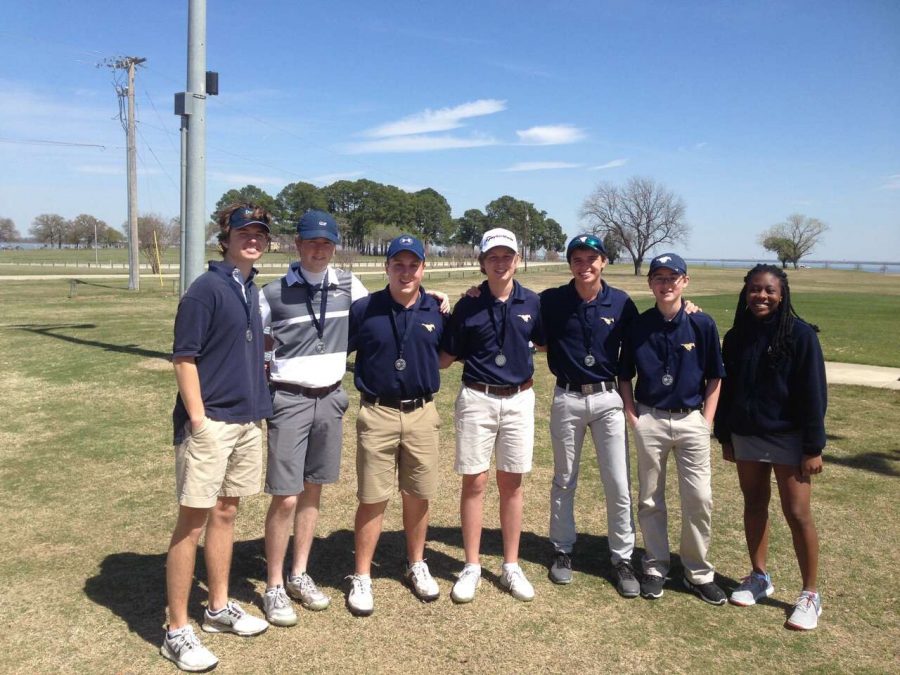 This years Varsity Golf team poses for a picture after their first tournament of the season.

After the closing of this years winter sports in mid-February the varsity golf team began their season. They are now in full swing and have wasted no time beginning practicing and have already played in two tournaments. The team competed in the 57th Jesuit Invitational Golf Tournament at Brookhaven Country Club on Monday Feb 26th. At the end of the tournament, the Boys team ended in seventh place out of twelve teams; from that team Freshman John Micheal Delatte came out 26th out of 70 total golfers and freshman Peter Micheal Clark finished with an amazing outcome of fifth place.

Coach Peter Clark says:
“We have a small team (6 boys & 2 girls), but they are a fun,  hard working group of golfers with a great mix of experience, competitiveness & drive.  It’s going to be a great season & I am blessed to be a very small part of it.”
The boys and girls Varsity teams will be competing in the district tournament on April 11-12 in Waco at Lake Waco Country Club, This will be the teams chance to make it to the state competition.