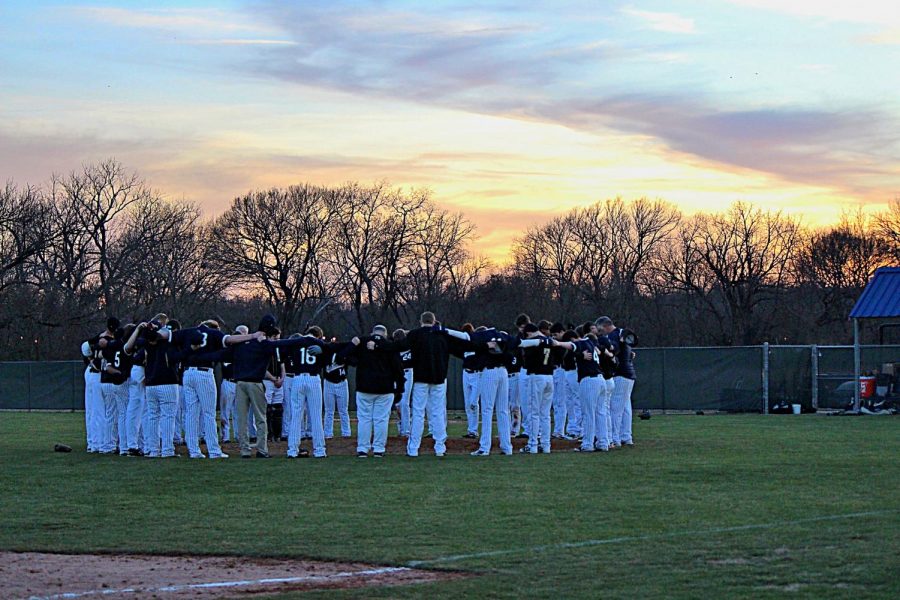 The two teams circle up to pray after the game.

After a week break of games due to weather, the Varsity Baseball team competed in their first district games of the season. They challenged Coram Deo away on Tuesday and at home on Thursday. The final score of the first game was 11-1. The home game on Thursday the Mustangs shut out the Lions 5-0.  District games are looking good this season for the Mustangs, this past week making district record 2-0.

Sophomore Blake Rogers comments about district, “Our season has been going great. So far we are 2-0 in district with our wins over Coram Deo last week. We’re looking forward to more wins as we continue in district.” The Mustangs next district opponent is Waco Reicher.