Mr. Erger's java class went to the Microsoft store to get a hands-on experience with computer programming skills 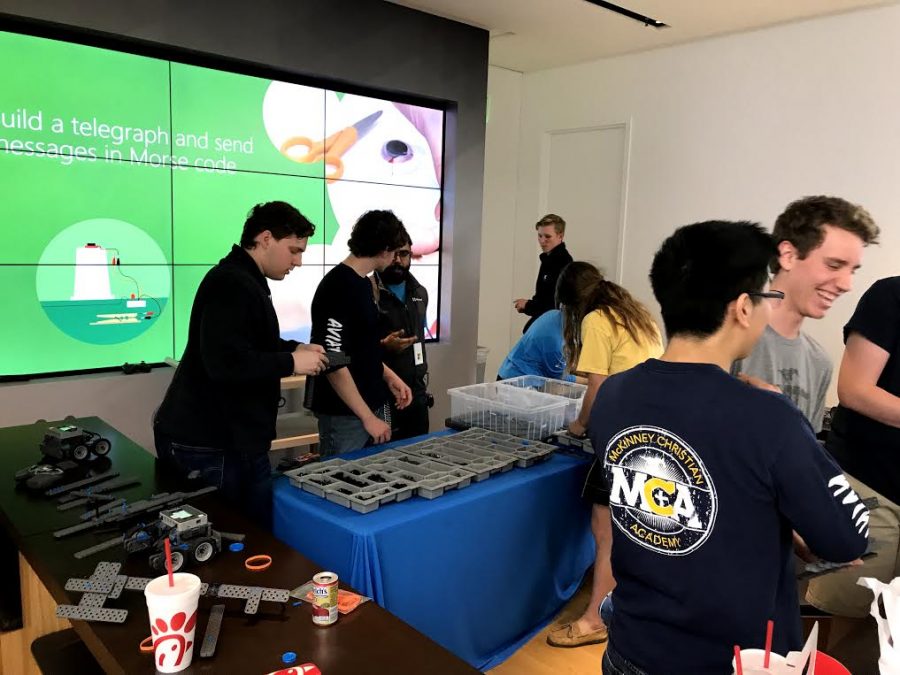 The Java class uses robotics to practice the skills they learn in class.

On Friday April 20, the Java class took a field trip to the Microsoft store in the mall. The class was broken up into groups, and then was placed into different stations throughout the day. The first station was creating videos using mixed reality and 3D. During this workshop students learned new ways to create video stories with Paint 3D and Photos Remix, the newest Windows 10 creativity apps. They played with mixed reality by taking a pictures of a 3D monster running after your friends and adding it to a video, and they played with 3D effects like lightening and bubbles. The next station was Vex Robotics. This workshop taught students the basics of robotics and how the parts of a machine work together to achieve a task. The third station was to play and MakeCode with Minecraft. In this workshop, students will played in Minecraft while they learned how to code with Microsoft’s MakeCode platform.  They programed an Agent robot to complete challenges and even change the weather. This workshop allowed the students to have an increased confidence in their technical and coding skills, improved their computational and creative thinking, read and understand code in the MakeCode environment, programmed code in Minecraft to change the weather and control an agent. The last station consisted of the Minecraft Build Challenge. The students joined a team to create something before the clock runs out. The workshop is a great way for players to immerse themselves in Minecraft, meet and have fun with other builders in the area, and stretch their skills with timed team challenges. “My favorite part of the java trip was building robots with the whole class,” Junior Lizzie Weichel said. The field trip allowed students to increase their overall skills in computer programming and java.