The past week the Lady Mustang Softball team had three tough district games. 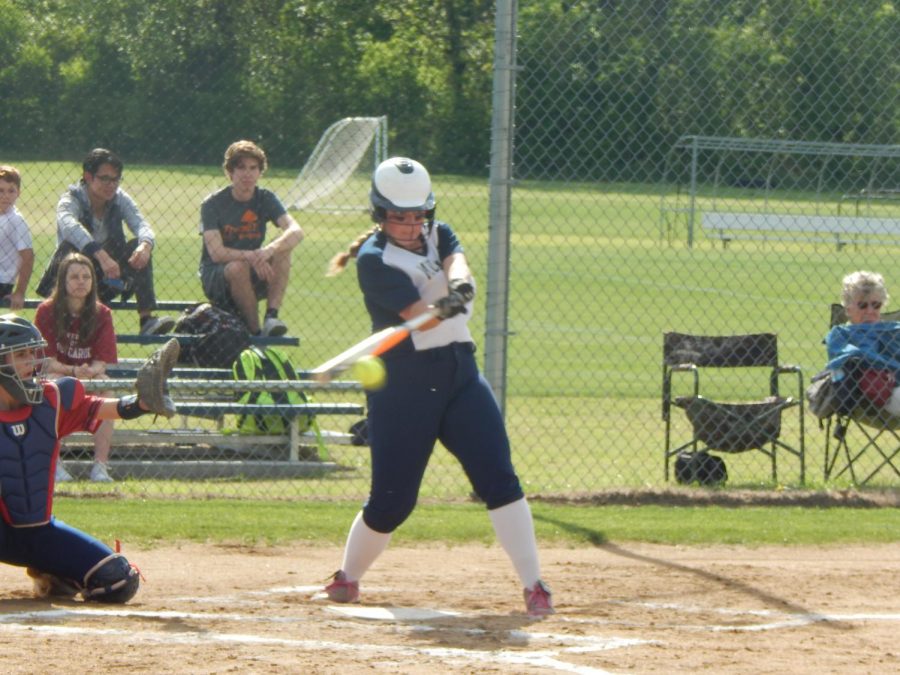 Sophomore Shelby Jenkins takes a great cut and puts the ball in play during the game against Lubbock Trinity.

Last week the Mckinney Christian Softball team had three district games. Their first two games were against Lubbock Trinity Christian on Monday and Tuesday. The final score for the first game was 14-20. The next game ended with the score being 6-19. Coach Ackman said, “We did a lot of good things at both of the games, but there are some things be can work on to improve how we play our next games.” Their third game was on Thursday against Coram Deo. That game the team changed their pitcher. For most of the game Sophomore Jodee Newland pitched and for the last inning they put in Sophomore Allie Smith. This game ended with score being 2-20. Junior Scout Mayberry said, “This week was not our week. We made some mistakes and need to build off of those mistakes.” The Lady Mustangs have two games next week away in Lubbock.