MCA Kicks Off the Season 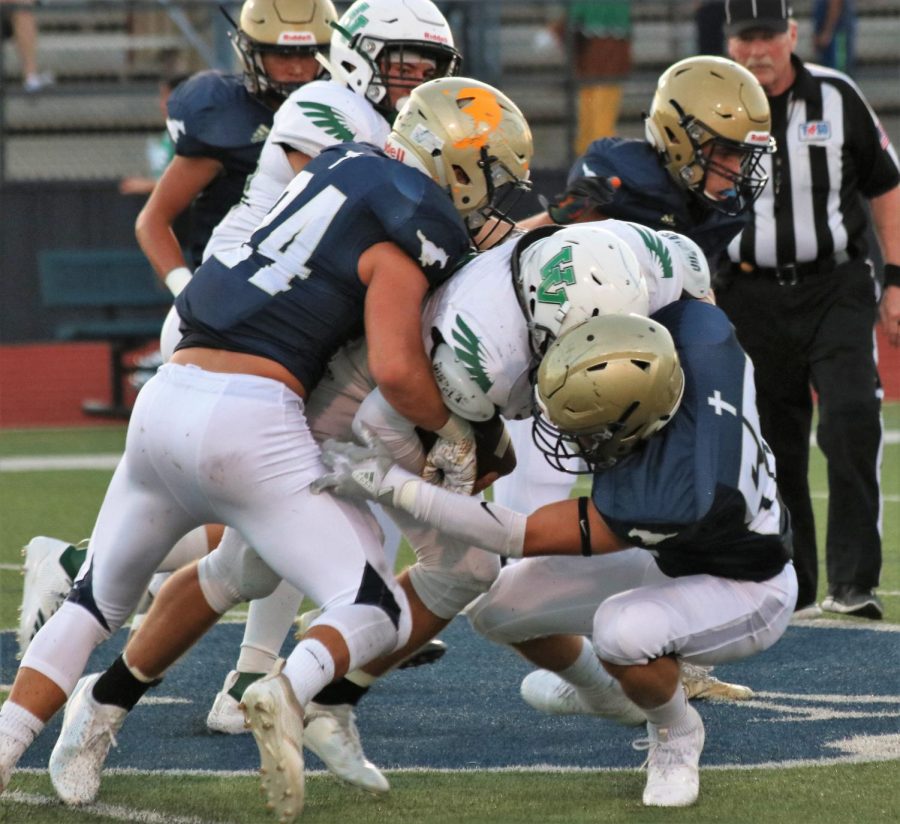 Senior Captain Rex Collins wraps up a tackle to end a run.

The MCA Varsity Football Team started their season off this past Friday with a home game against Valley View High School. The Mustangs got to play on their new home turf for the first time this season, Ron Poe Stadium. The Mustangs came out and fought for the home crowd but they lost their first game 20-54. Moving up a division to 5A has increased the competition for the Mustangs. Senior Captain Will Baxter said, “It was a tough game with a lot of mistakes and a lot to improve on. Lucky for us we have a full season to correct our mistakes, and one game does not wreck our season”. The Mustangs are currently preparing for their next game against Reicher Catholic High School which will take place in Waco, Texas on September 4. Come out and support your Mustangs.