Lady Mustangs played Frisco Legacy in an intense match on their home court. 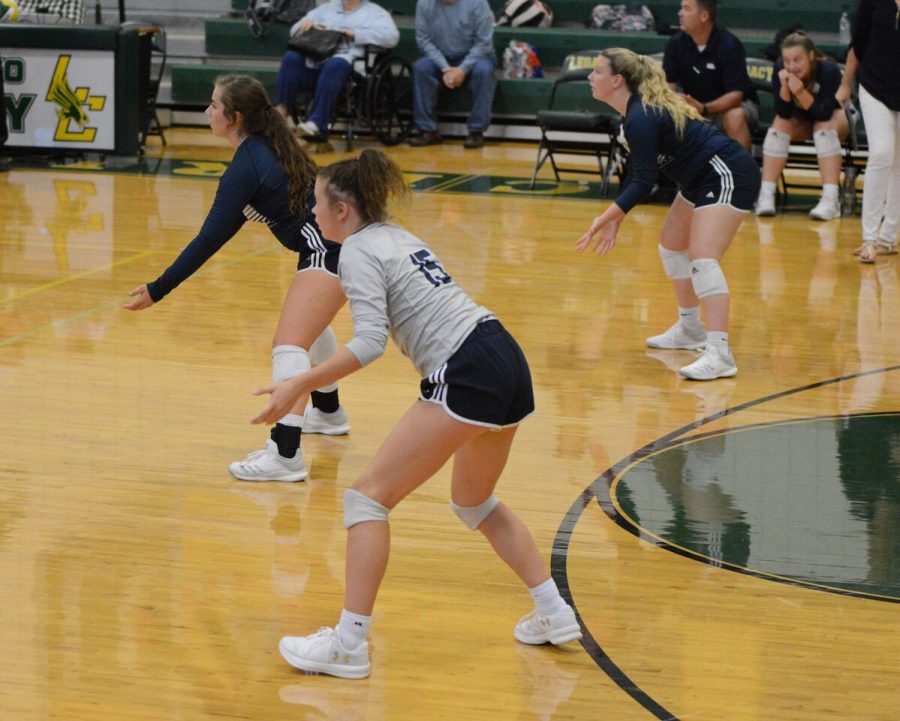 On Tuesday, September 4 the Lady Mustangs played Frisco Legacy on their home court. The game lasted three sets and ended in a heartbreaking defeat for our Mustangs. In the first set, Mustangs lost 25-21 after an amazing serving run by sophomore Micah McDowell, catching them up from 12-5. The second set brought out the fight in our girls when junior Lauren Rose was injured by an opposing player and taken out of the game. When going up for a ball tight to the net Rose said she was hit by both the player’s hand as well as the ball. After a long protest by Head Coach Tara Ackmann the point was given to Legacy and our girls got fired up. Both teams scored back and forth pushing the score past 25. Finally, Legacy got the upper hand and won the set 30-28. The Mustangs never quite recovered from that loss and the adrenaline rush and lost the final set 25-18.

The following Thursday, our mustangs played Dallas Christian in a four-set match and completely dominated the competition. The first set was neck and neck as our girls adjusted to a new line up. With Rose being injured and unable to play, senior captain Emma Lowes stepped up to be our six rotation setter. the set ended 25-23 in a win for our Lady Mustangs. the second set resulted in a loss, ending 23-25 after a long fight between teams, this little fight is all our girls needed to come back and win. the next sets went much faster as our girls found their groove and won 25-19 and 25-17.