The season may be winding down for our Upper School XC runners, but the rest of the season will certainly be a grind to get into peak running condition for the TAPPS State Finals. 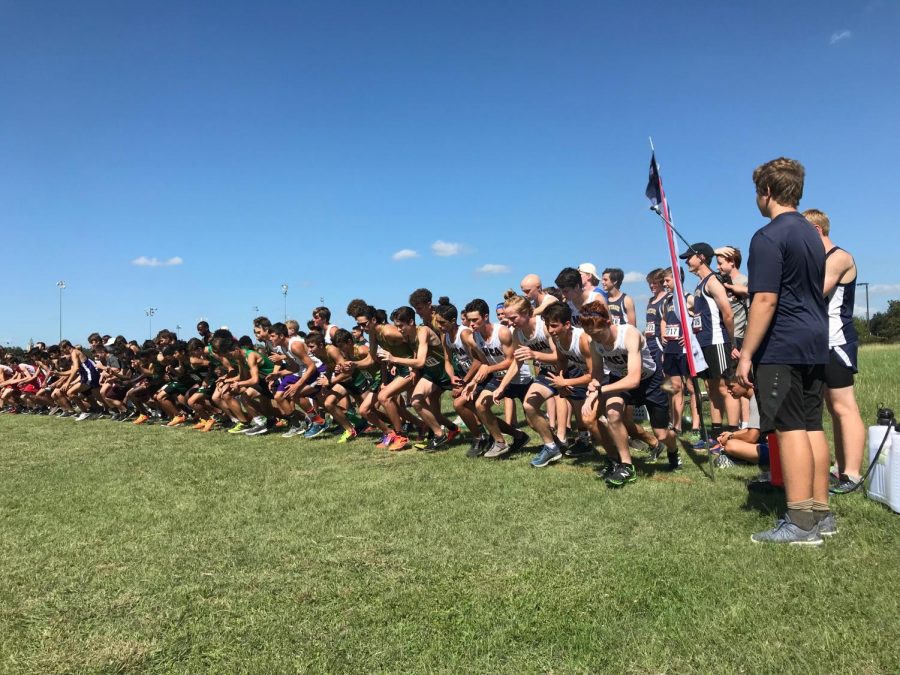 The Varsity Boys are lined up at the starting line at Stephenville, eagerly awaiting the sound of the gun.

During this 2018 season, the Upper School Cross Country team has faced bad weather, cancellations, new coaches, and demanding training. It seems that nothing can be thrown at these runners that they can’t handle. The entire team has been performing their very best under these conditions, and it’s paid off for quite a few runners who’ve broken their previous records. The highlight of the season so far is Riley Pyle’s new school record for the 5K, with a time of 16 minutes and 25 seconds, shattering the previous record of 17 minutes and 41 seconds. Pyle wasn’t the only one to PR this season, nearly half of the team has improved their best times. Four meets in total have been attended by our runners, each with its own unique opposition and terrain. They’ve traveled to Sadler, Princeton, Fort Worth, and Stephenville to compete. Stephenville was by far the hardest meet of the season according to all the runners, due to the heat, sun, the course they ran on, and not to mention the seven hours spent on a bus. Times may have been sub-par at Stephenville, but the XC team has plentiful time to train for their last meet of the season on October 20th to make another potentially rough meet go just a little smoother. And after this meet, the Varsity boys and girls will be left to ready themselves for the biggest and baddest meet of the season- TAPPS State Championships on the 29th. Go Mustangs!