Lady Mustangs traveled to austin for their first game of playoffs. 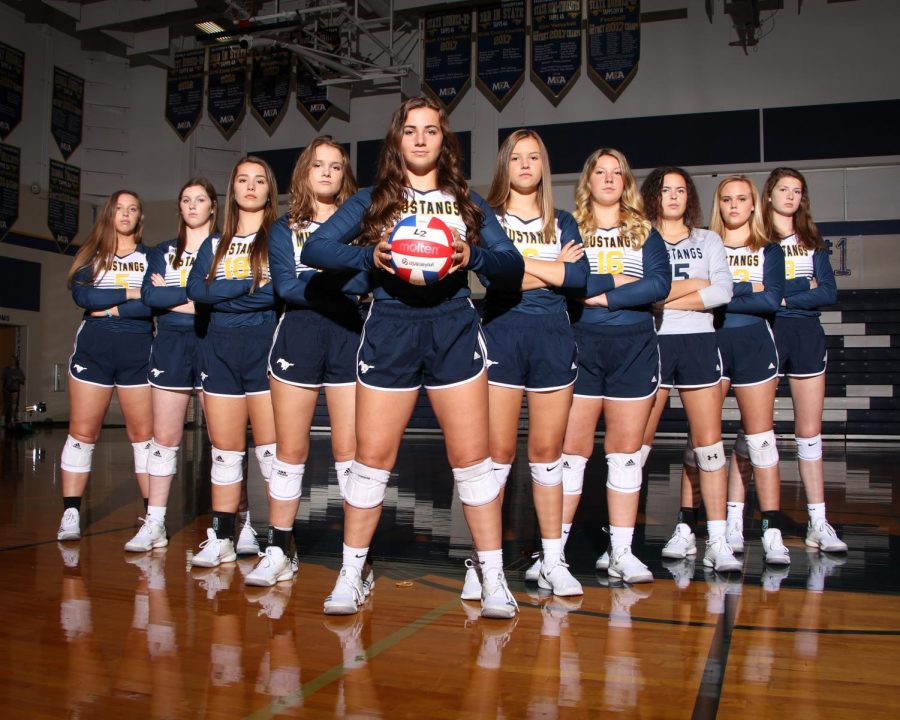 Varsity volleyball is ready for playoffs.

On Saturday, October 27 the Lady Mustangs traveled to Austin for the first round of playoffs to play Austin St. Michaels Catholic School. The game lasted three sets and ended in a devastating loss for the Mustangs. The first set was fairly close ending 25-21. The second set was not quite as close with an ending score of 25-17. In the third and final set, the Mustangs lost 25-12.

The game ended the season for the Lady Mustangs. It was senior Emma Lowes’s final game playing for the Mustangs. Lowes has been a four year starter for the Lady Mustangs. After the game, Lowes said, “I think the team came together and played really well on Saturday. Although we didn’t win I would say that we played to the best of our ability and fought hard and we cannot be upset about that.” Though the team didn’t make it quite as far as they would have liked this year, they made a statement after moving up from 4A to 5A.

Senior Spirit Squad member Sam Utzig has been attending games since the beginning of the volleyball season. Utzig said that “it seemed the team was just trying to figure things out when the season began, but as the season progressed, they came together as a team and the confidence grew as the season went on.” After making it to the state semi’s last year, the team felt a lot of pressure going into the season and they finished well.