The Brand New Club at MCA

McKinney Christian, with the help of a few parents and students, has instituted a new sport just this year. And with the first competition coming up on December first, it's time for lots of practice and preparation. 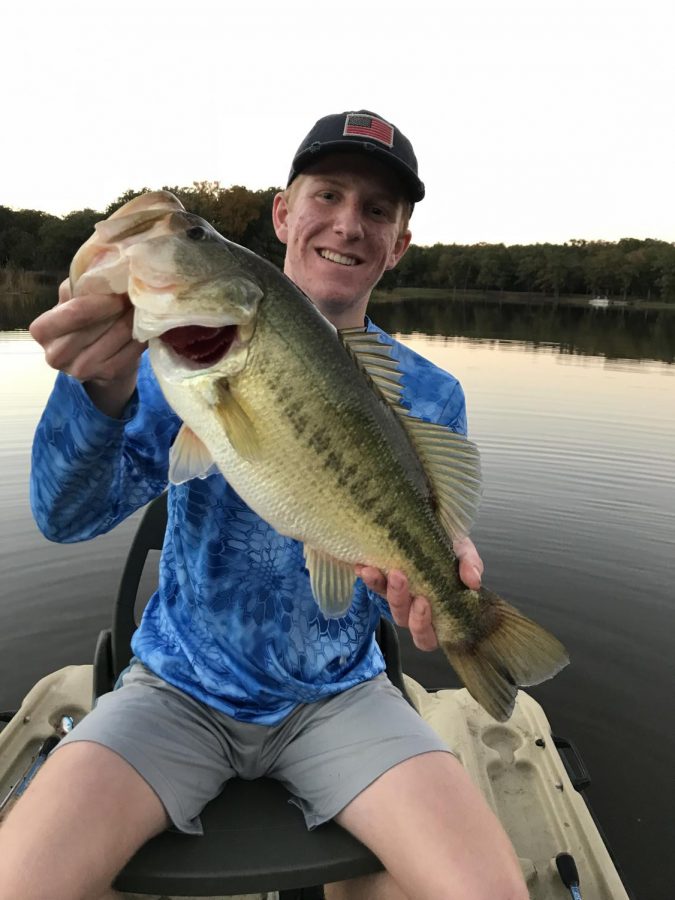 Junior Jason Cross holds up a big largemouth bass he caught at a local pond. It's very exciting to catch such a quality fish, because it doesn't happen too often.

Recently, many kids at MCA have been infatuated by a sport that wasn’t a part of the school’s official sports lineup. Earlier this year a few seniors did some research, asked around, and finally made an MCA fishing team happen. It may not be the most traditional sport, but it’s a sport nonetheless. The competitions are simple: each team shows up at a local reservoir early in the morning for a tournament. Each team can have multiple boats, and each boat has two anglers and one adult boat captain. The two student anglers pick the spot, tie on the baits, operate the trolling motor, and fish. The boat captain is not allowed to touch the fish; he simply drives the boat to the desired location, helps to net and weigh fish, and records data. At the end of a set period of time all of the boats are called back to the weigh in area to weigh their heaviest five bass. The boat/team with the heaviest five fish win.

Coach Michael Tucker and Jon Cross are directing the team as the “coaches” by scheduling and organizing meetings, tournaments, and warm-ups. Around 8-12 people were expected to sign up, but signups have been closed due to the sheer abundance of interest with 28 people signed up. It’s great to see so much interest in a new sport, and it’s safe to say that MCA is excited to get out on the water.