Peyton Baker, a freshman, is a competitive swimmer. 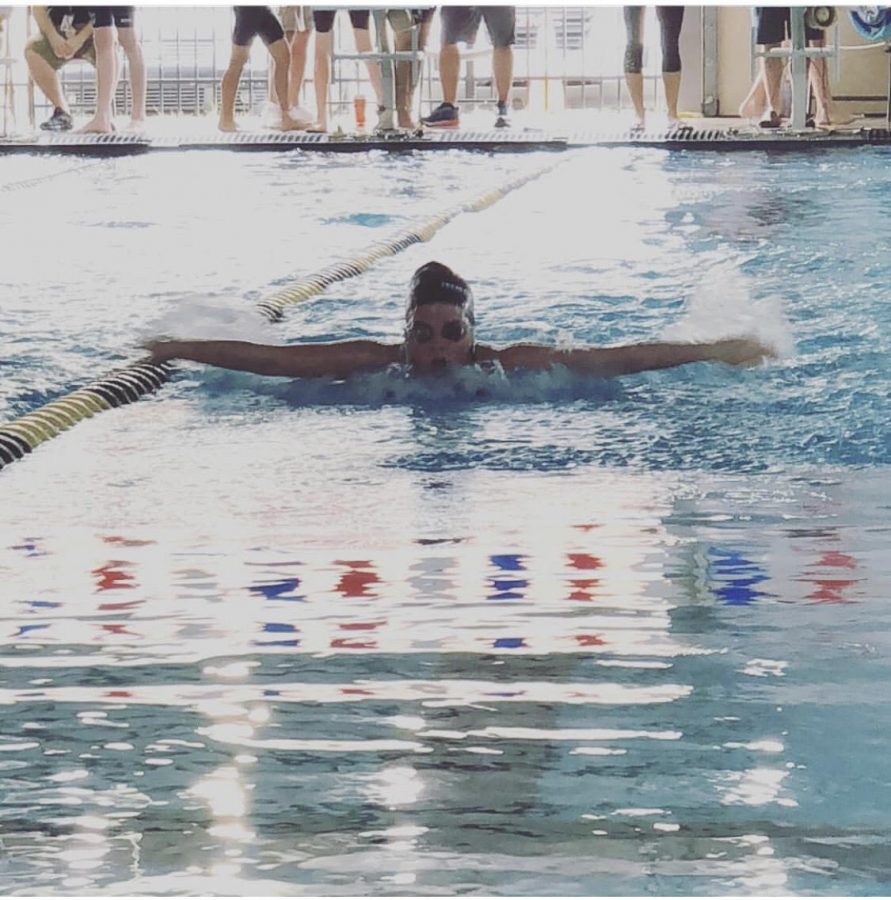 Peyton Baker, a freshman at MCA, is a competitive swimmer. She started swimming in 2013 when she was ten years old. She has competed in regionals and even made it to nationals. She has won over fifteen awards, meaning she has placed 3rd or higher fifteen times. Today, she swims for Texas Ford Aquatics and McKinney High. Baker has two role models that she strives to be like. One of her role models is Kathleen Genevieve, or Katie Ledecky. Genevieve is an American competitive swimmer. She has won five Olympic gold medals and fourteen world championship gold medals. Bakers other role model is Amanda Beard. Beard is a seven time Olympic medalist and a two time winner of the American Swimmer of the Year Award. Baker has always been fascinated by watching the swimmers compete in the Olympics, she always pretends to be like them when she swims . While she was growing up she loved going to the community pool to just swim. It was her “get away.” She said this about her swimming, “The rush of adrenaline that you get when you swim as hard as you physically can is just amazing.” Baker has big plans for her future as a swimmer. She hopes on getting a scholarship to swim in college. Her goal is to train and advance to the Olympics and one day be able to give speeches of encouragement to other swimmers and talk about how much she loves the sport.