The Mustang Theatre Company competes in the TAPPS One Act Play competition. 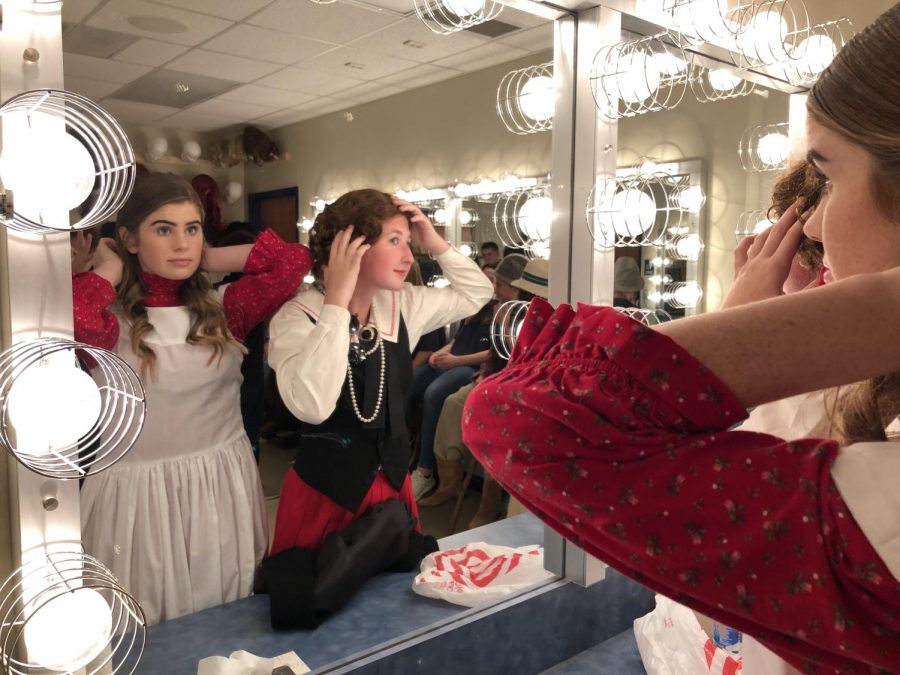 Scout and Maddie Grace get into their costumes for the play

On October 27, the Mustang Theatre Company competed in the TAPPS One Act Play competition at Prince of Peace. They performed The Voice of the Prairie by John Quinn. The synopsis of the play read, “Our theatre department, the Mustang Theatre Company, will be competing in the TAPPS One Act Play competition at Prince of Peace on Saturday, October 27. They will be presenting The Voice of The Prairie  a play which begins in the early 1890s with an old hobo named Poppy. Poppy, named by his avid companion Davey Quinn, is telling a tale. Itinerant story tellers like Poppy are the voices of the prairie. Years later in 1923, Davey is discovered by a radio entrepreneur while he is telling stories about Poppy and Frankie, a blind girl he rescued from a cruel father. Quinn becomes famous on the radio as the voice of the prairie and reunites with Frankie embarking on an enticing new adventure.” Junior Jeremiah Gross played the character Davey Quinn and said, “It drew our cast together and helped us further all our acting skills.” The cast had a great time working on this play and overall, Junior Madeline Gwynn put it best, “It was a super fun experience and I learned a lot from it.”