Scout Mayberry in the Spotlight 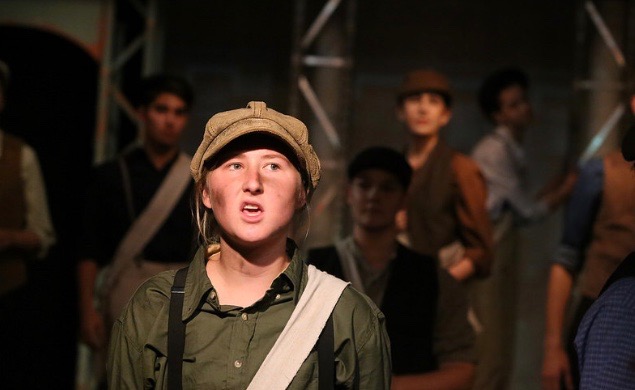 Theatre has been senior Scout Mayberry’s life for the past fourteen years, and she does not plan to stop after high school. Mayberry is the only class of 2019 student who has to prepare two applications for each school: one for admission into the university and one for the theatre program.

Mayberry has auditioned for ten colleges and plans to audition for two more in February. The theatre programs she has been accepted to so far are Baylor University, SMU, OKCU, Arcadia University, and the University of Arkansas. She is still waiting to hear back from University of Michigan, UT, and Pepperdine. Wherever she attends, Mayberry hopes to receive a Bachelor of Arts of Bachelor of Fine Arts.

Her top school is University of Michigan in Ann Arbor. Michigan accepts only 28 out of the 300 kids who made it past the initial audition. Since Mayberry was one of these 300, she flew to Michigan the day before Winter Formal to audition, tour the school, and participate in theatre workshops. When asked about the audition she replied, “I felt the audition overall went pretty well. I felt very confident in my performance, more so my first monologue than my second, but they both went smoothly and the directors laughed at all the jokes I made.”

She thinks that Michigan is the place where she belongs, saying, “The school combines the three things I am looking for in a college, a superb and well rounded theatre program, opportunities for a good education outside of just theatre, and lots of school spirit. Although, things in Michigan are pretty different than Texas. I would definitely be out of my comfort zone going there, but that only increases my excitement. I believe it could be a great way for me to represent Christianity.”

Mayberry should receive a response from Michigan by early March, however, if she is not in the top 28, she is still excited to find out what God has in store for her.