The MCA wrestling competed in the TAPPS State Tournament at Bishop Lynch and placed fourth. 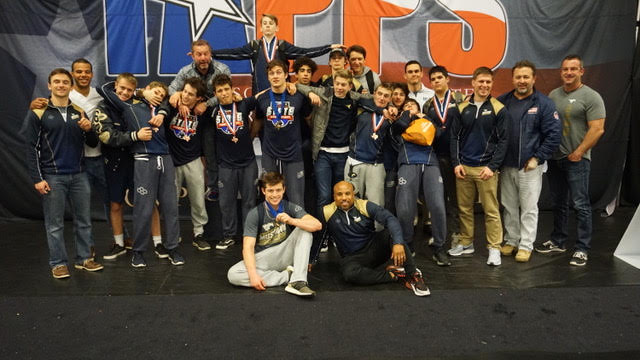 The Mustang wrestlers pose for a photo after getting fourth place at TAPPS State.

This past Saturday the MCA wrestling team competed at the TAPPS State Tournament hosted at Bishop Lynch High School. MCA placed fourth overall and received a plaque to show it. Placing did not come easy though, and most of the wrestlers had to battle to get those high valued points that were included in the team score. The Mustang wrestlers dominated their weight classes and brought home eight individual medals. The TAPPS States Tournament wrapped up a good season for all the Mustang wrestlers. Although, four MCA wrestlers will still be competing at PREP Nationals in two weeks in Pennsylvania. Senior Captain Graham Kraft said, “We fought hard in the Tournament and showed heart. And all in all, we ended the season strong.”