Varsity Girls Soccer Falls Short in the Area Round of Playoffs 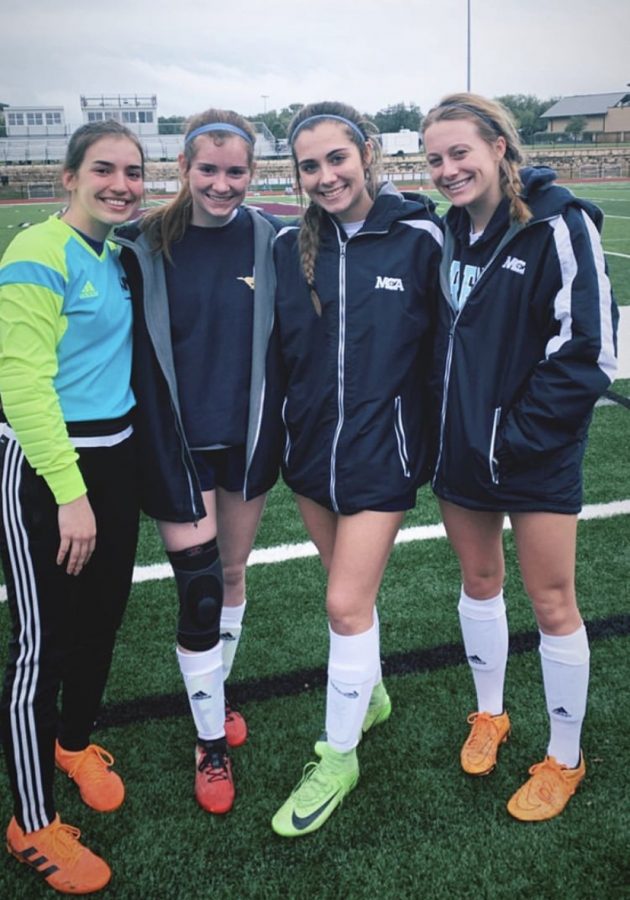 On Monday, February 11 the Lady Mustangs took on Austin St. Michaels at their home field. The Mustangs left school at 9:30 in the morning and got back around 11:00 at night. The game was scheduled at 4:30 in the afternoon. Even though the Lady Mustangs put up a good fight Austin St. Michaels beat them 4 – 0. The Mustangs moved up a division this year along with all the other sports which made their season more difficult. Tyler Ferguson comments on the season the Mustangs had by saying “This season has been tough between moving up a level and the injuries we sustained, but this team never gave up and pressed on. They played hard and that was something Coach McDowell and myself always asked of them to do. We are proud of this team and what they have accomplished and are looking forward to even more progress next year. Austin St. Michael’s is a fantastic team and a great program. They exhibited a style of game that we strive to achieve on the field by how hard they worked individually and for each other. We wish them luck as they continue on in the playoffs and will look forward to meeting them again in the future.” The Mustangs are saddened by their season coming to an end. Sophomore Gaby Gosa commented on the game saying, “Even though we lost it was still really fun and we all enjoyed the trip.” Although the season may have come to an end, the Lady Mustangs are thankful for the opportunity they had to compete together.