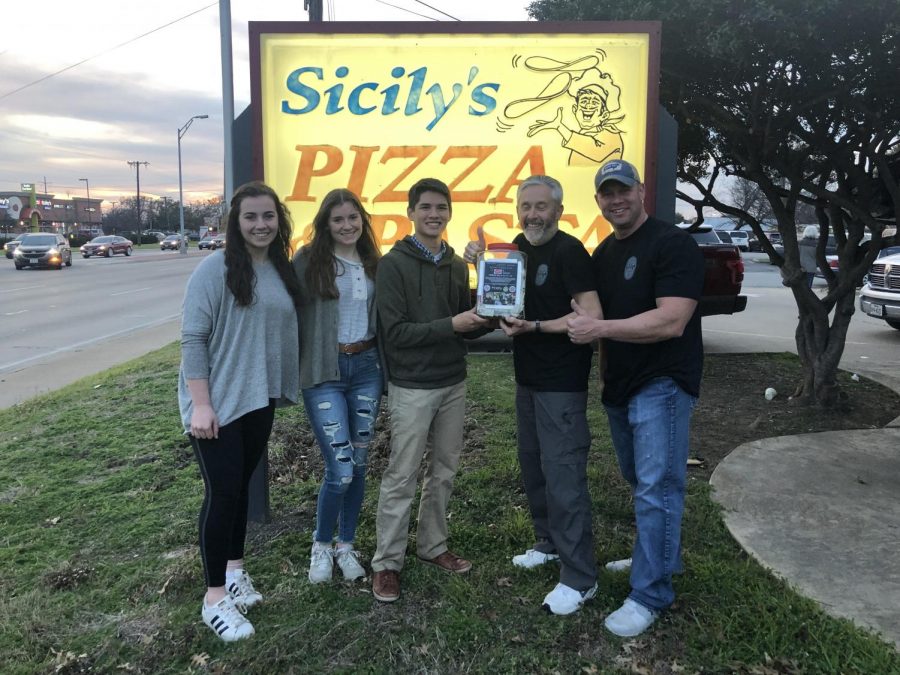 One of MCA’s campus police officers, Adam Hamilton, has recently been diagnosed with a brain tumor. Hamilton is loved by all the students of MCA and they decided to do something to give back. National Honor Society President Josh Wong encouraged every student from Lower, Middle, and Upper School to bring a dollar to help with his medical expenses. This may not seem like much, however, it all added up to a total of $1605.

Last night, February 20, Sicily’s held a fundraiser: 50 percent of the money was donated to Officer Hamilton. The cozy restaurant was packed with people excited to give back to their local policeman, and the wait time for a table was over an hour after 6 o’clock. It was during this busy time that Hamilton’s father was able to meet Wong, NHS Vice President Emma Lowes, and NHS Historian Juliana Roller and receive the money that the school had raised.

If you missed the fundraiser last night, don’t worry because there will be another opportunity to support Hamilton at 6 pm on March 1 at Tupps Brewery. There will be food, a silent auction, raffle, and live music.