The Final Game for Our Girls Basketball 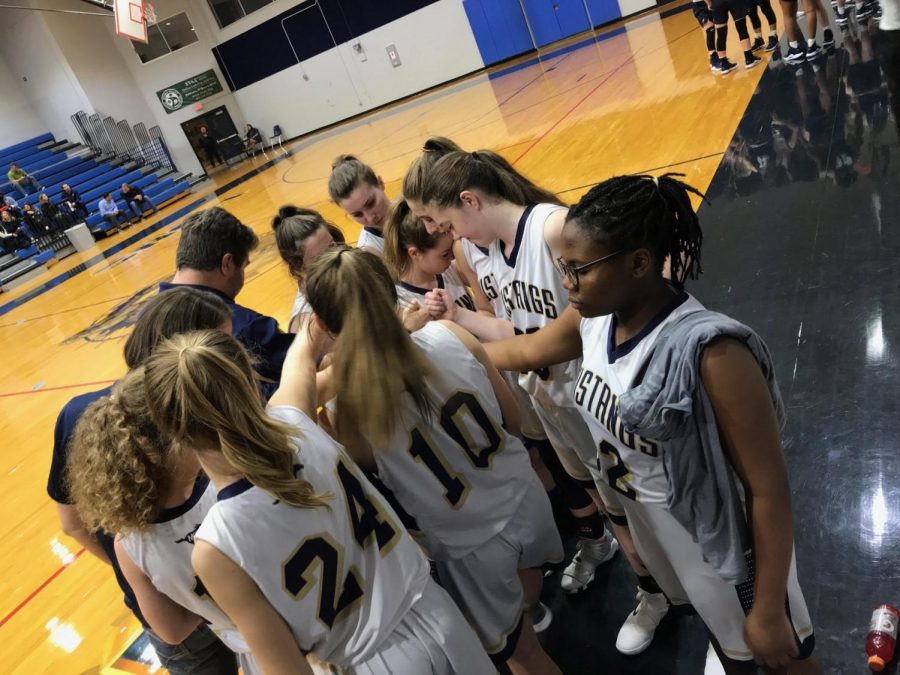 The Varsity Basketball team says a prayer before starting the game.

On Wednesday, February 13, the Lady Mustangs played a game against Prince of Peace. The game was to determine who would get to go to playoffs. The Mustangs started off slow in the first quarter with a score of 10-2. They started pressuring the defense and got Prince of Peace to foul seven times, getting a 1-1 for each foul. In the second quarter, the Mustangs start working to close the score and bring their score up a bit at 28-22, Prince of Peace still in the lead. Sophomore Emma Schulte described the way they played in the second quarter with “fire and intensity.” Schulte then goes on to say, “At half time, Coach Brock gave us a pump up speech that inspired us to go back out with new energy.” Mustangs caught up in the third quarter with a score of 30-28 and only allowed Prince of Peace to score one basket. In the fourth quarter, things slow down as the opposing team attempted to stall the Mustangs on offense and get a bigger lead of 38-32. Within the last two minutes of the game, both Schulte and Junior captain Waverly Frisbie fouled out. Prince of Peace finished the game 41-32 ending the Mustang’s season. It is easy to see that the girls on the team have a very close bond and the years to follow will be a great thing to see.