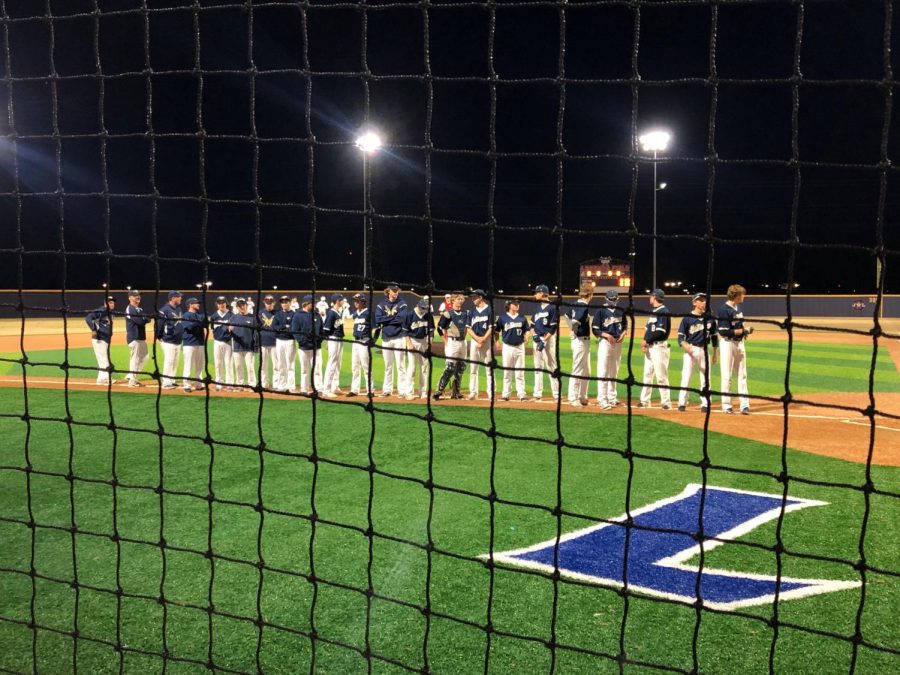 Varsity Baseball gets ready to start the game against Pantego.

On Monday, February 25, the MCA Baseball team traveled to Pantego for a game. Mustangs fell behind quickly in the first inning as Pantego scores on two double runs, a triple, and a single. Junior, Ford Dossey started off pitching for the Mustangs. He pitched one-third of an inning. Sophomore Ryan Radtke and junior Lee Leps entered the game as relief pitching four and two-thirds innings and one inning respectively. Mustangs got seven hits on Monday, two hits from Dossey as well as Senior Syler Gabel, one from sophomore Shane Vanderhagen, one from junior Blake Rogers and one from Radtke. The ending score was 9-4 resulting in a win from Pantego.